1 St. James Place Hamilton, Ontario
Landmark home in the heart of the Durand neighbourhood. Built in the 1930s by the Pigott family (see below history). 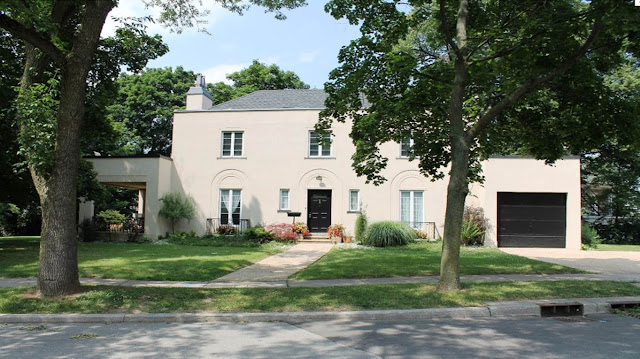 In 1927 the city of Stuttgart hosted the White Housing show. The structural and stylistic innovations on display penetrated everywhere - even to remote Hamilton, Ontario, where the Pigott Construction Company offered a line of "Better Built" homes: white painted stucco, flat roofs, concrete stairs, steel window sashes and all (as seen with 1 St. James Place) .

NOW FOR SALE with Joyce Hodgskiss & Ken Rossiter of Coldwell Banker. Click here to view the listing. Offered at $619,900.

He was born in Hamilton, Ontario on February 23, 1885, the son of a prominent Irish contractor (Michael Pigott, himself the founder of Pigott Construction Co. and the son of an Irish farmer who emigrated to Canada and settled near Guelph).

In 1903 he began working for his father's construction company. In 1909 Pigott travelled to Saskatchewan with his younger brother Roy where they secured a large contract to build St. Paul's Hospital in Saskatoon.

Together the brothers would direct Pigott Construction to fortune and fame. Roy looked after the engineering and Joseph took care of the business administration. The first $1,000,000 year came in 1926, and in 1930, Hamilton's earliest skyscraper, the 16-storey Pigott Building, was completed.
After the Second World War, Pigott Construction was Canada's largest privately owned construction company, amassing more than $113,000,000 in business in a single year. 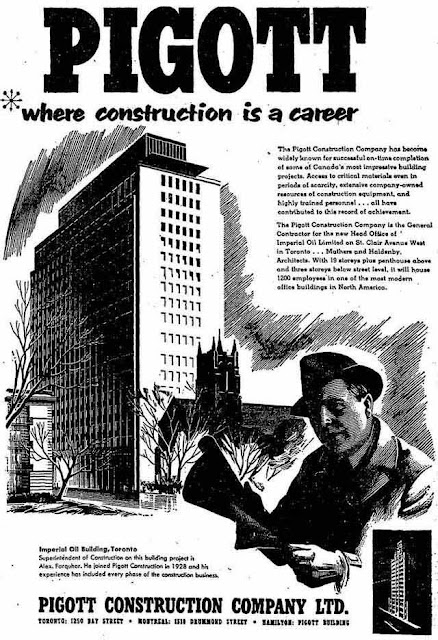 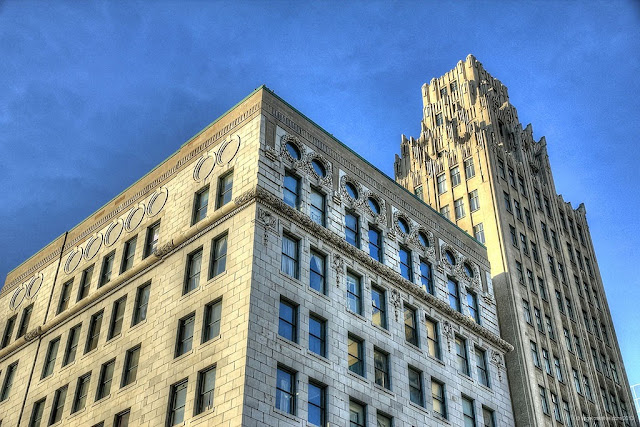 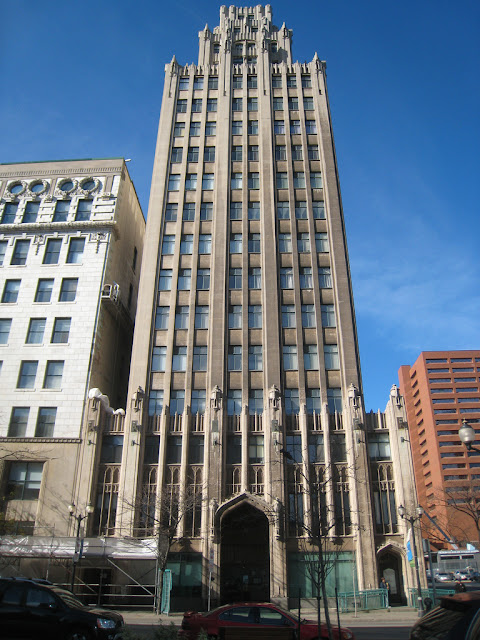 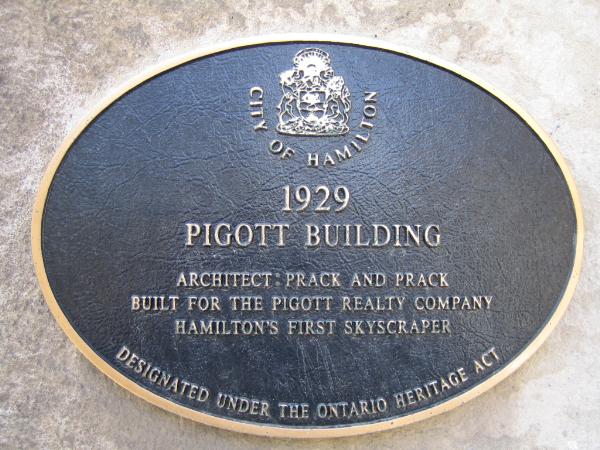 Joseph Pigott's Home -  358 Bay Street South, Hamilton, Ontario
The home was built for Joseph Pigott, President of Pigott Construction, in the Tudor revival style. It was designed by William Souter, architect of the Cathedral of Christ the King on King Street West. Souter's own home was around the corner at 108 Aberdeen (see below). 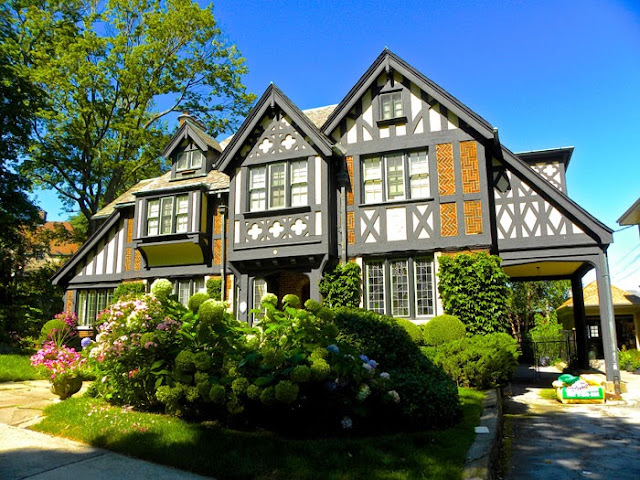 William Souter's home - Burnewin, 108 Aberdeen Avenue, Hamilton, Ontario circa 1932
The home was designed by architect William Souter as his own residence. It is made of stone and was constructed at the same time as the Souter-designed Cathedral of Christ the King was being built in west Hamilton. Originally, Souter intended to purchase the house immediately to the east, tear it down, and convert its lot into his front garden entrance on Bay Street South. It's for this reason the front door of the house faces east and not onto Aberdeen Avenue. 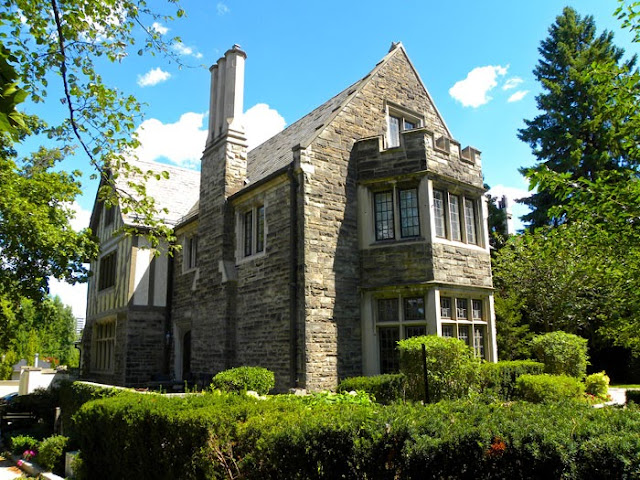 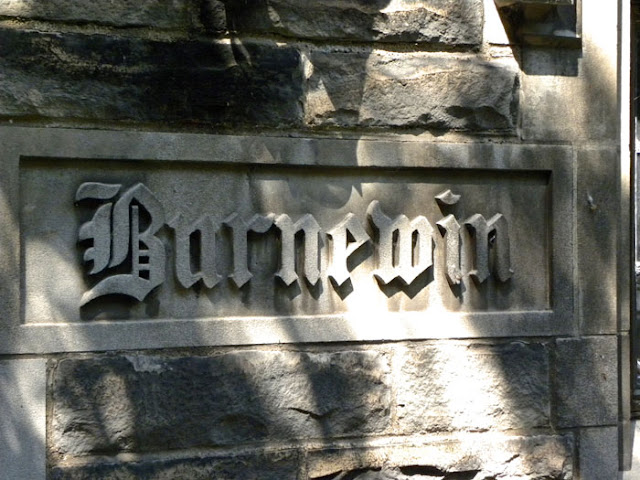 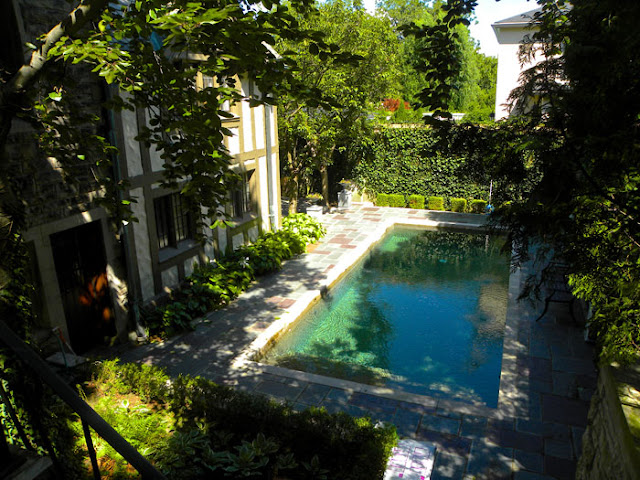