HOME FOR THE HOLIDAYS 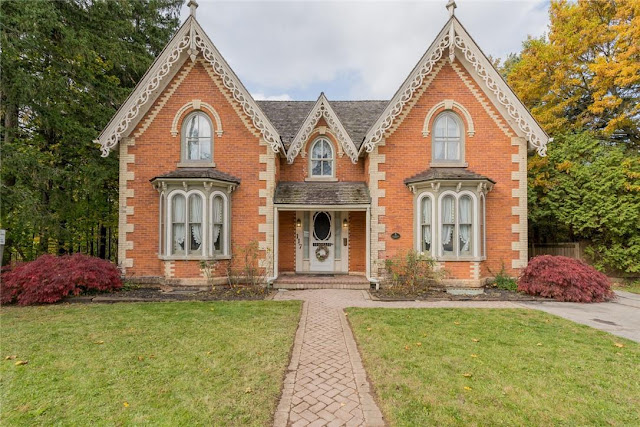 This heritage designated home was a thumb-stopper and jaw dropper from the minute it landed on the market this fall. My original Facebook post garnered 8,584 views, 187 reactions, 73 comments and 37 share! 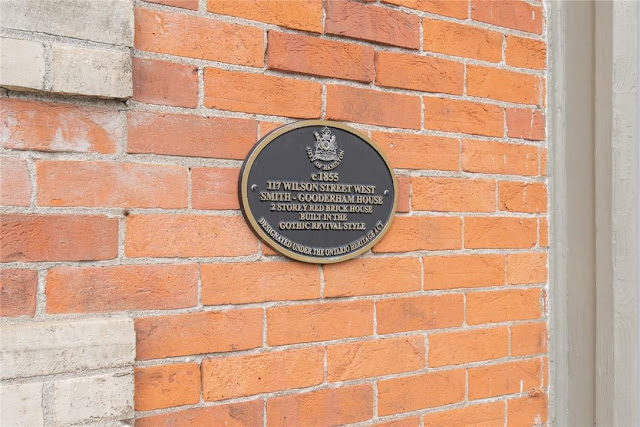 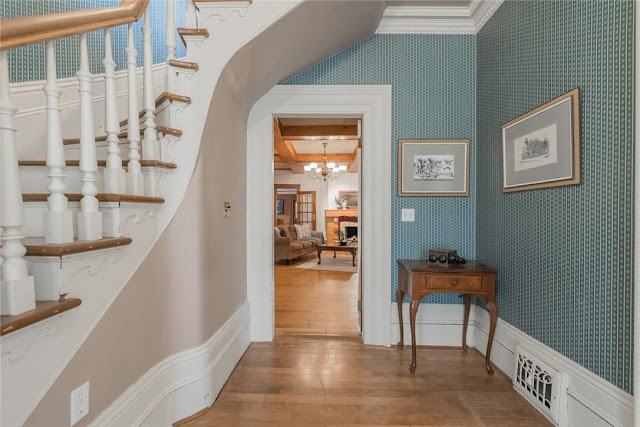 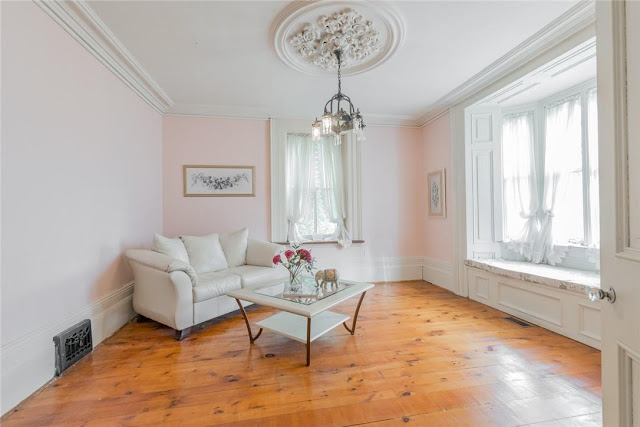 I personally gave this property a lot of thought. The curb appeal was off the charts, the history was alluring AF, and the potential was undeniable given the central Ancaster location. Not to mention the 100x150 forested lot was for sale next door at 121 Wilson Street West for $789,000. 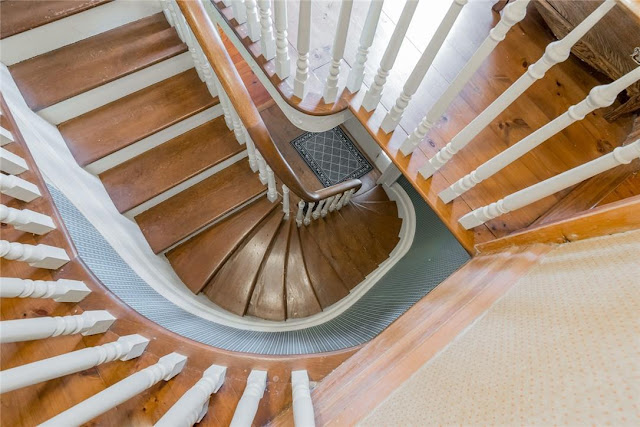 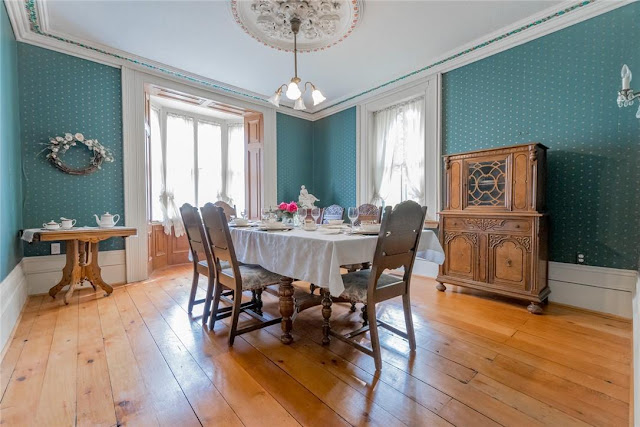 For the right price, the combination would score ½ an acre of prime real estate featuring a landmark heritage home, rarely offered in such original condition.  A True home for the holidays, and all any FreshBrick lover could really want. And obviously so, as it is now freshly picked, aka SOLD (lot at 121 Wilson Street West is still available)! 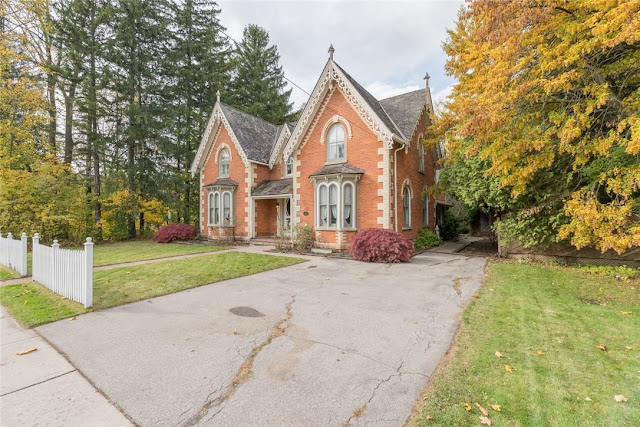 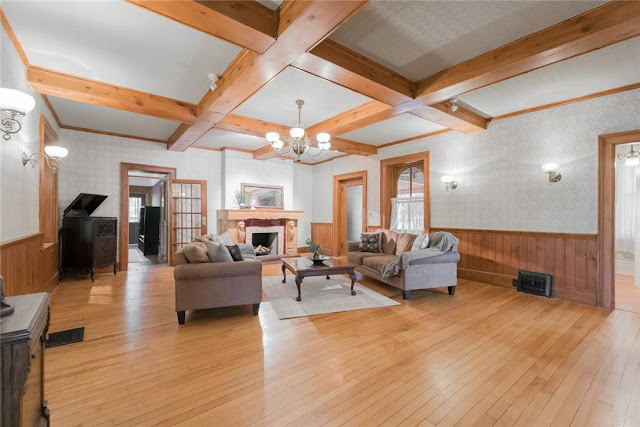 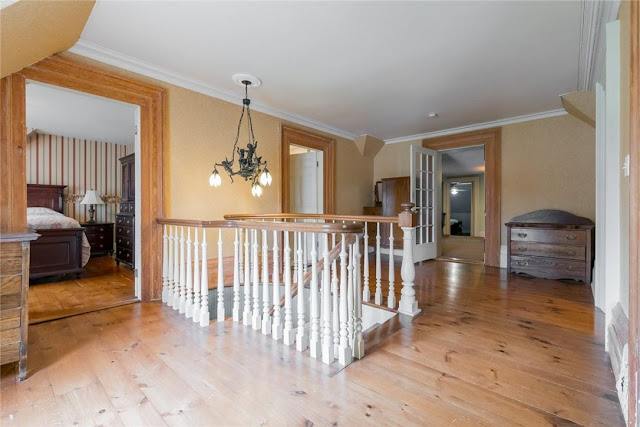 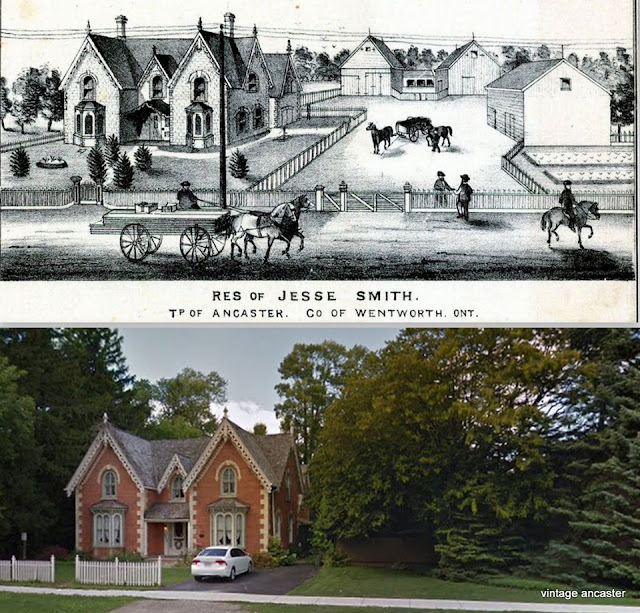 ~ The property was then purchased in 1871 for $5,750 by Jesse Smith, whose family was originally from London England and immigrated to New Jersey before arriving in Canada after the revolution.

~ Jeremy lost the house in a court case in 1885  to Joseph Hancock who then sold to Amos Freshwater in 1906.

~The porch in the 19th century was a gabled overhang, trimmed with treillage whereas the current is screened and boxed with a plain slanted roof. 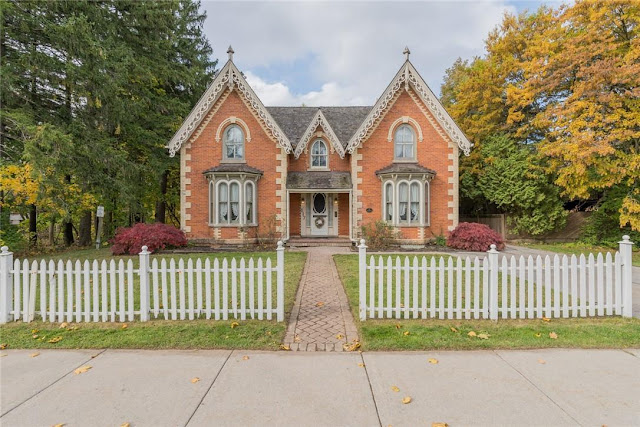 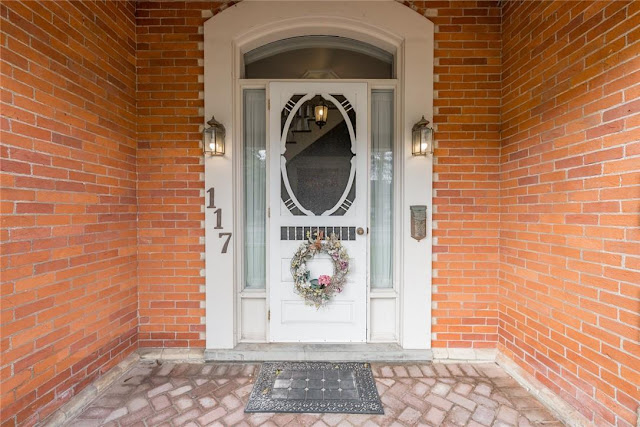 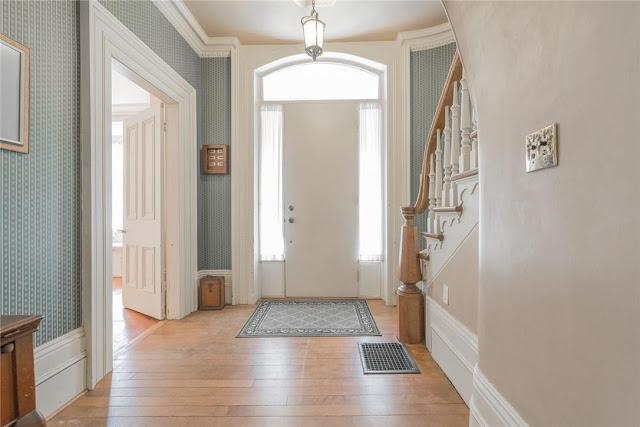 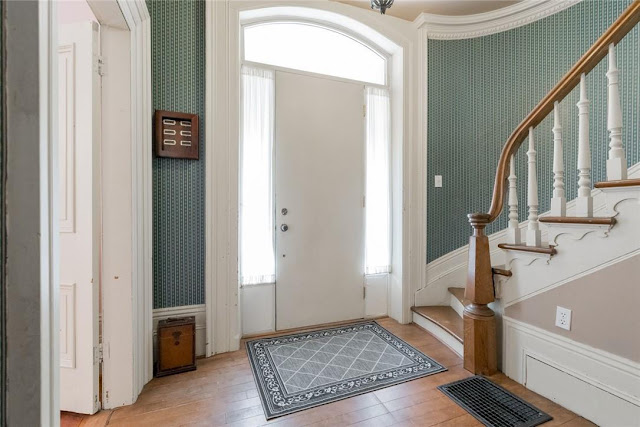 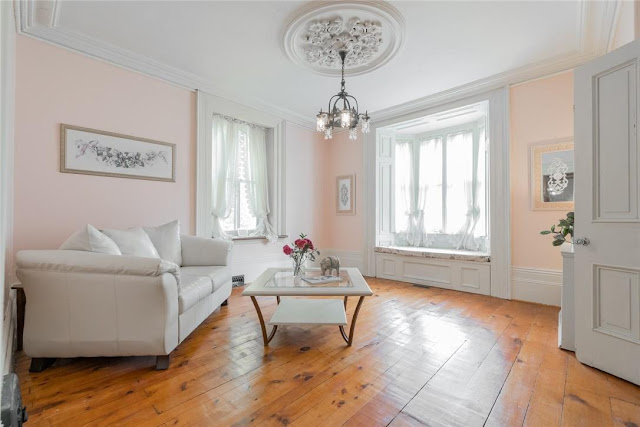 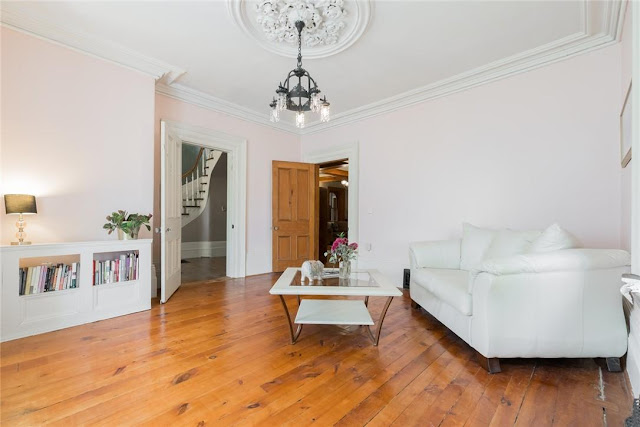 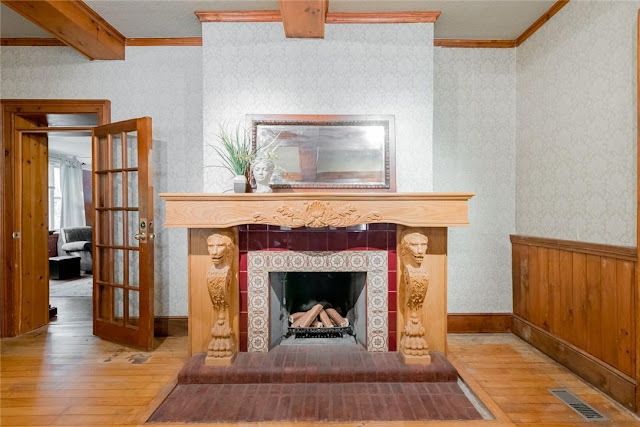 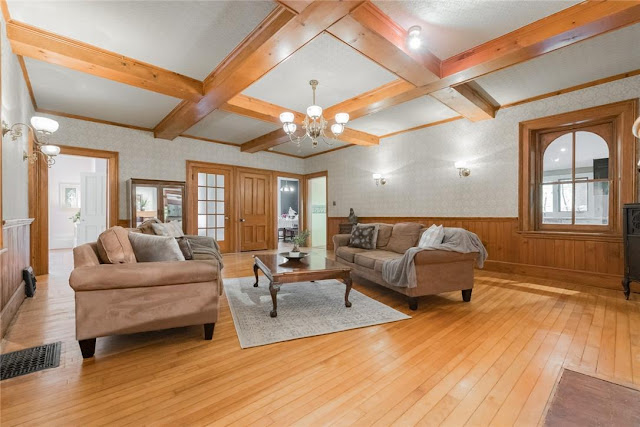 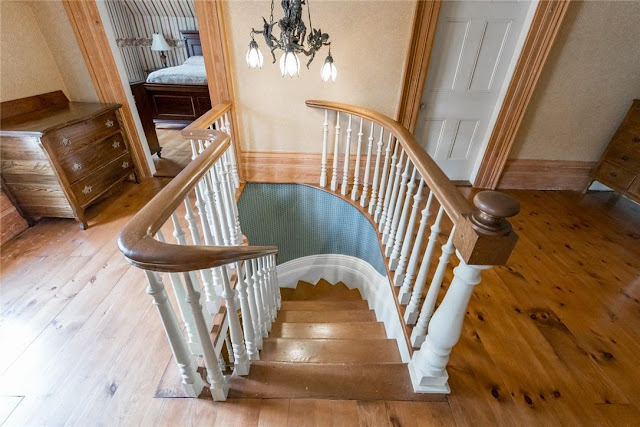 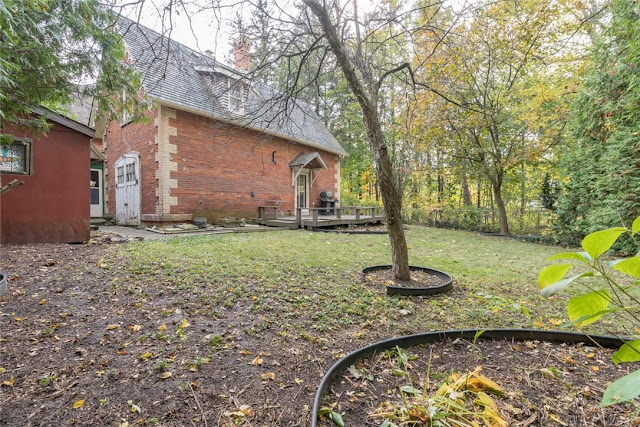 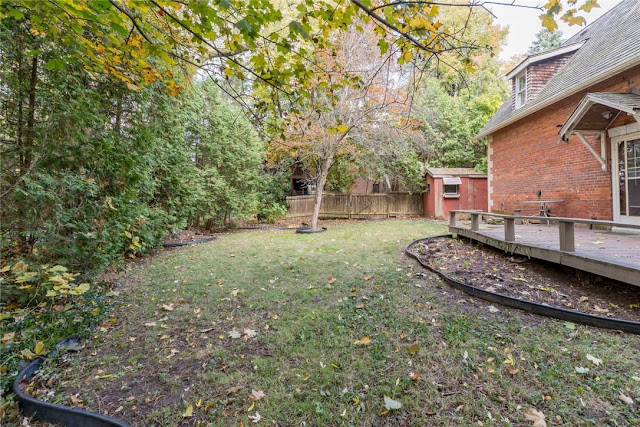 Posted by FreshBrick at 8:01 AM