OWN A PIECE OF HISTORY!
HISTORIC SANDYFORD PLACE, CIRCA 1856

Imagine making this gorgeous terrace house your home. The opportunity is now yours with the gorgeous main-floor corner unit at 43 Duke Street-1, in Hamilton, Ontario.

This 2 bedroom, 2 bath, gorgeous 2-storey historic limestone condo is located in Hamilton's prestigious Durand Neigbourhood (see history below*) and is currently offered for sale at $365,000! 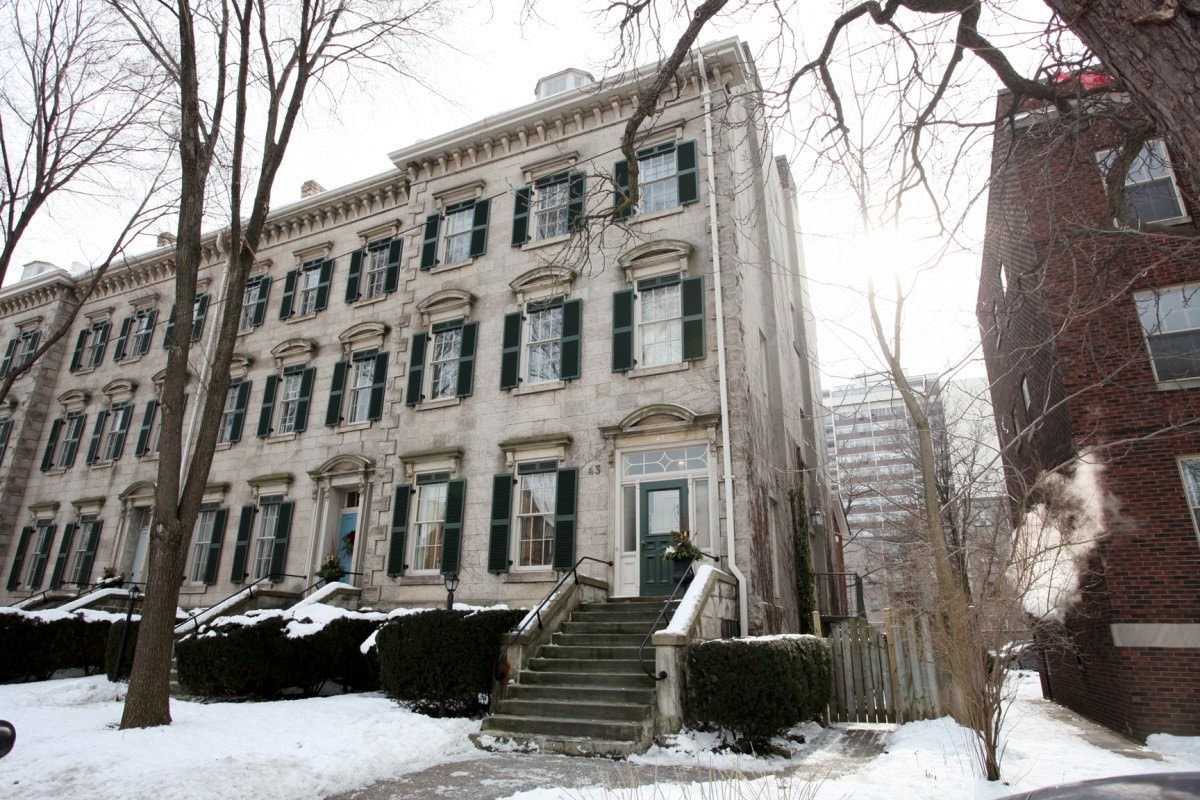 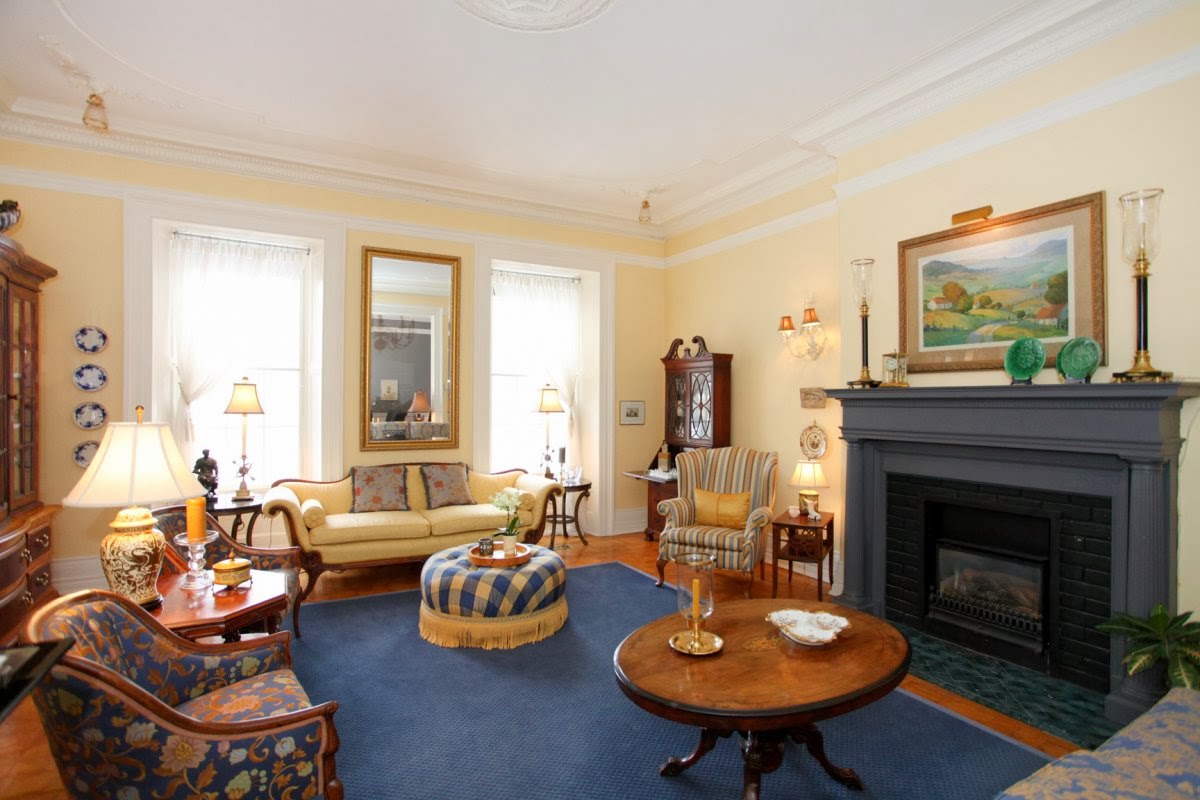 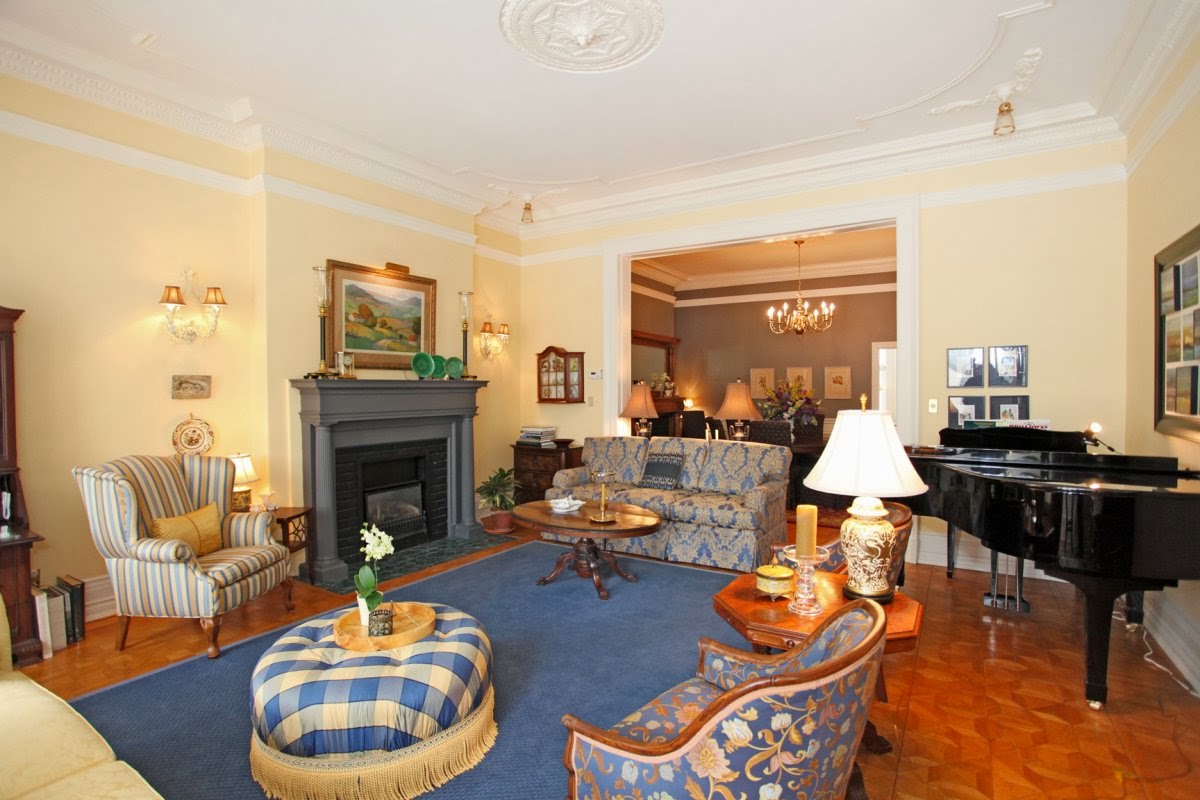 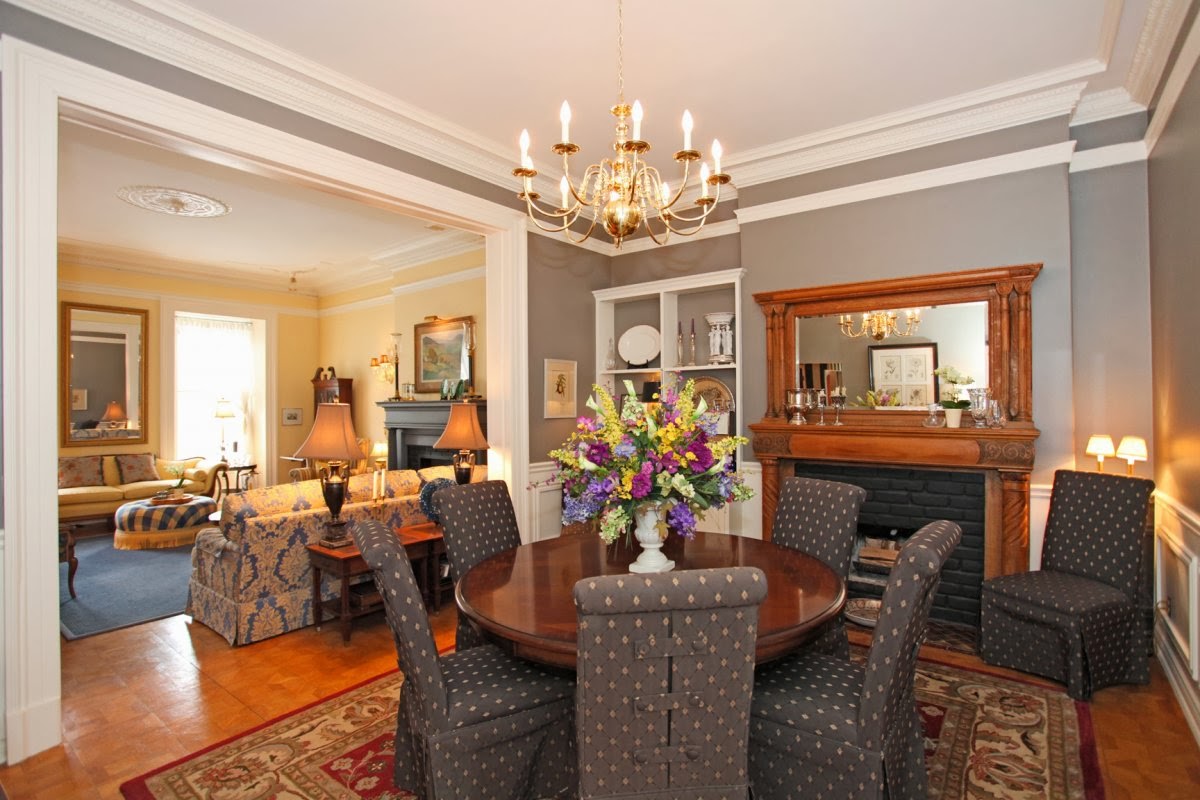 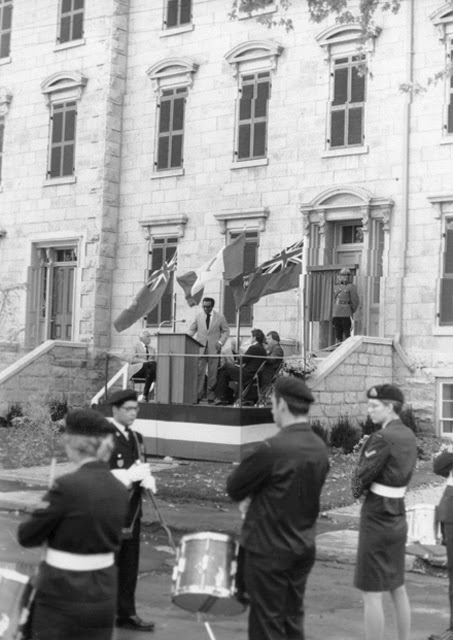 
Most of Hamilton's 19th century stone work is the product of Scottish stone masons who came over beginning in the 1840s from small industrial towns near Glasgow and Edinburgh.

Much of residential downtown, Herkimer St., Park Street and James Street, was once comprised of this type of stone terrace or rowhouse. Sandyford Place was lucky to survive the wrecker's, and is the best surviving stone terrace west of Montreal.

The facade of the terrace is finely cut stone with an ashlar finish. The eave brackets were part of the Italian repertoire popular at the time and the windows are alternating Florentine pediments and flat cornices of the Renaissance Revival style.

Sandyford Place was designated a national historic site of
Canada in 1975 because it is a fine example of the housing
erected for merchants in the mid-19th century. 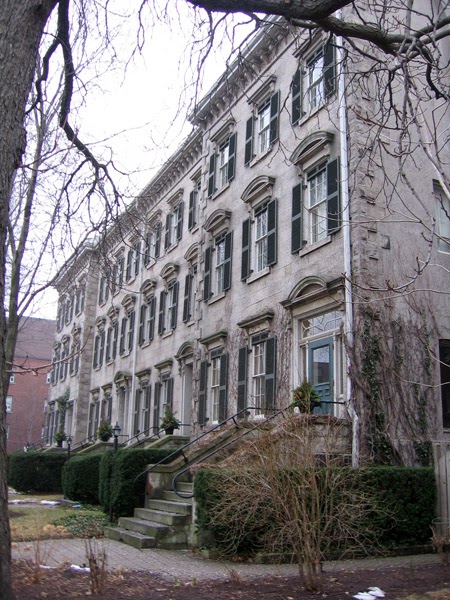 It is a rare surviving example of the small number of row houses built for affluent citizens in Canada during the mid-19th century.

Built during a period of rapid growth for Hamilton, it typifies the construction style in the city at that time, when large numbers of Scottish settlers sought to recreate the stone terraces and grid-plan streets of Scottish towns and cities.

The fine stonework is consistent with the work of Scottish masons of the period throughout Ontario.

The key character-defining elements that relate to the heritage value of this site are: 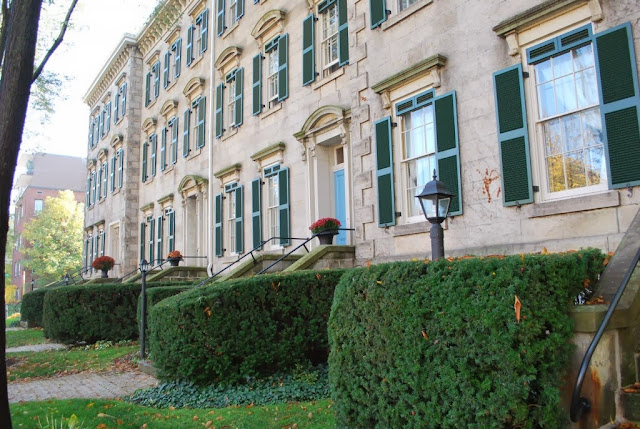 Its location at the corner of Duke and MacNab streets.
Its pavilion plan, in which the two end units advance slightly and the two middle units recede, lightening the uniformity of the long façade.


The large scale of each house, three storeys in height. 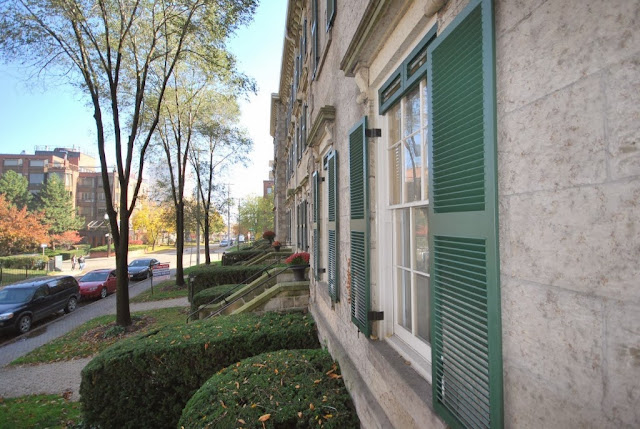 The close relationship between the terrace and the street, consistent with the urban forms in Scotland that inspired its design.
Its stone construction.
Its elaborate stonework, including the pick-faced dressing of the front wall, and Renaissance detailing at the window and door heads.


Its regularly placed window and door openings along the twelve-bay façade.

Original interior elements, including the division into four main units with separate entrances, and staircases rising from ground to attic floors with Neo-Baroque-style posts, banisters and balustrades.

Hamilton's Durand neighbourhood contains some of the finest examples of residential architecture in Canada.

north, James Street South to the east and the Niagara Escarpment the South.

The Durand neighbourhood began in 1791 as 274 acres owned by a few wealthy speculators, including George Hamilton who founded the city. Interestingly, James Durand, for whom the neighbourhood is named never actually owned any of this property. (Peace, 1996). 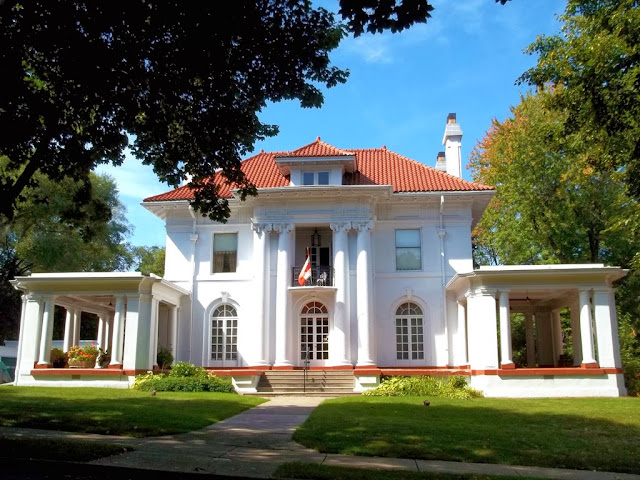