This one calls for a HOLY BRICK! Feast your eyes on this 6,400 sq. ft. Victorian/Italianate mansion named "Lornewood" (also known as the Raymond/Crowe House). Hexagon-shaped parts, verandahs, and a centre cupola - OH MY!. 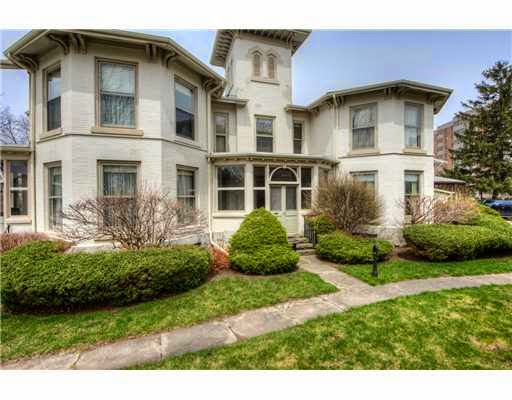 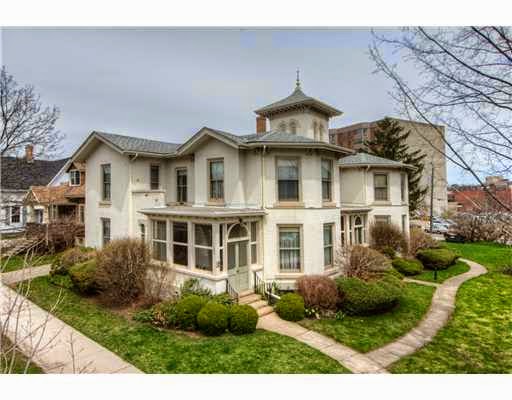 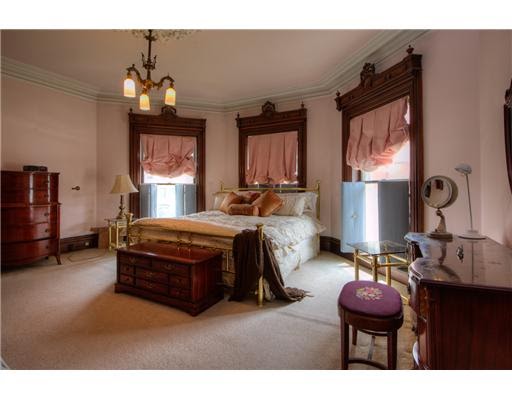 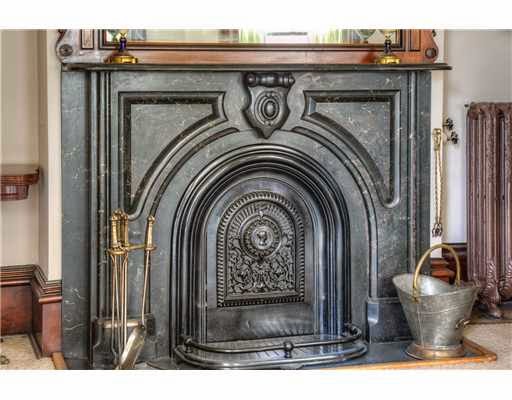 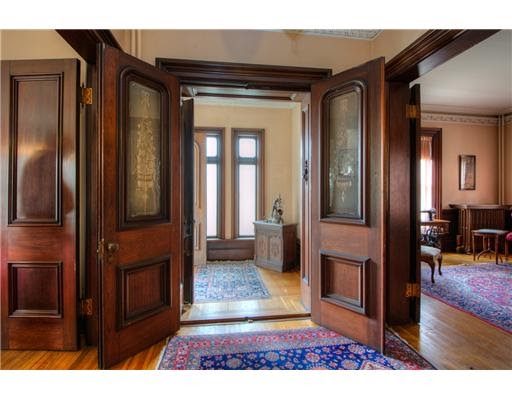 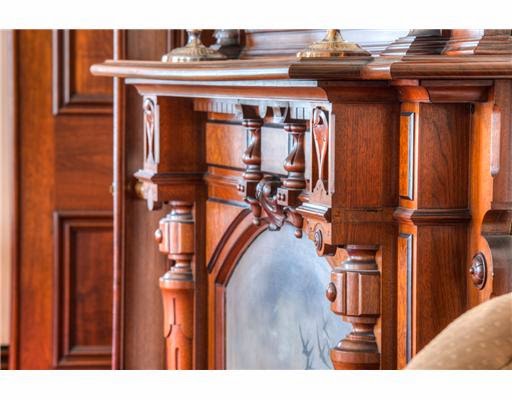 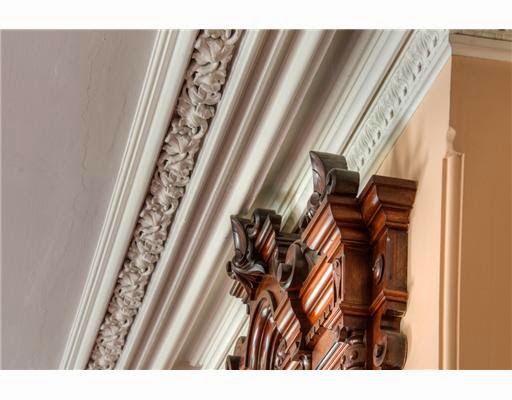 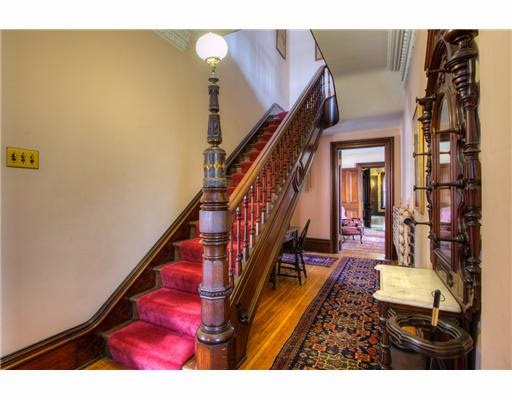 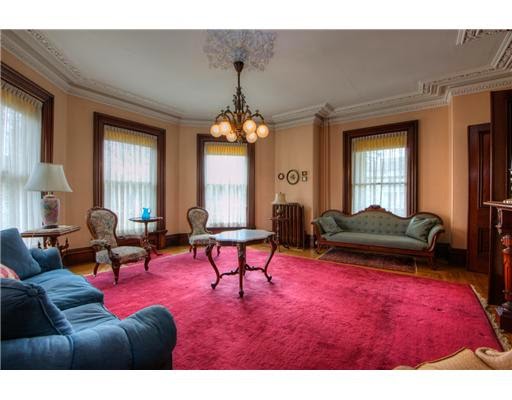 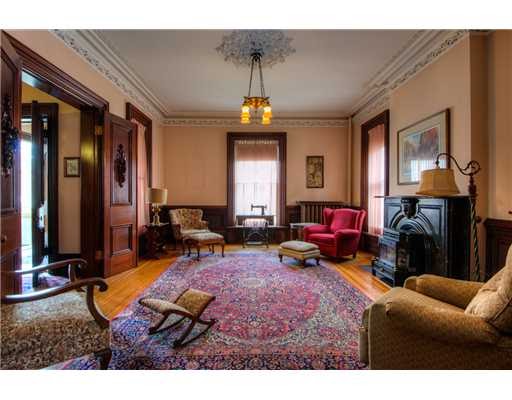 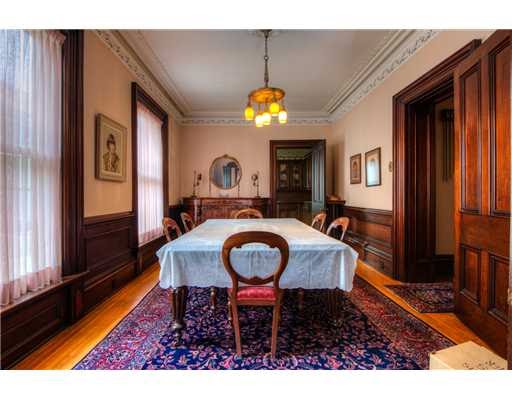 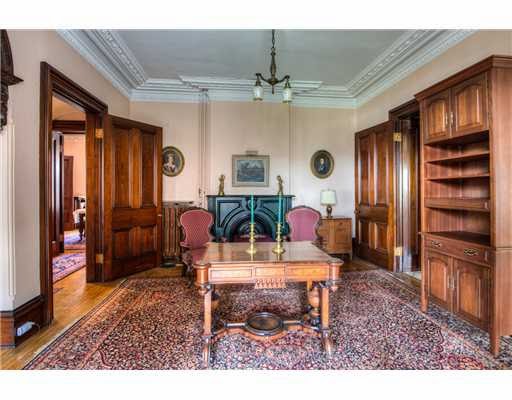 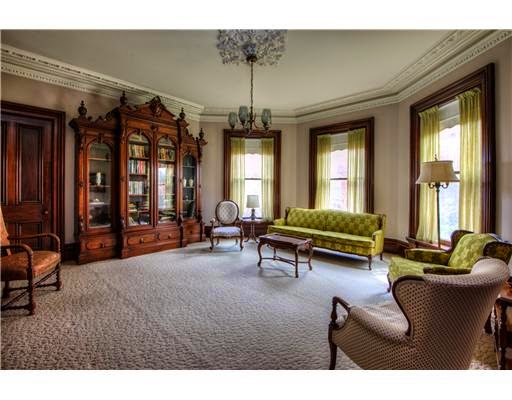 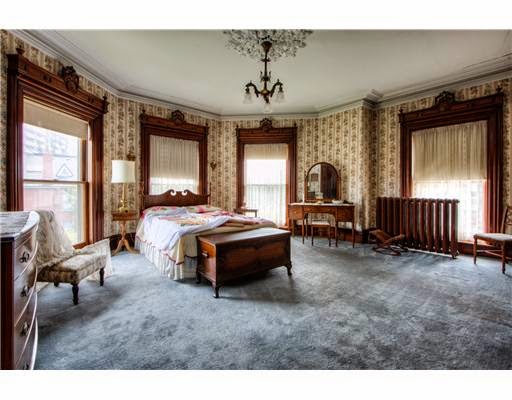 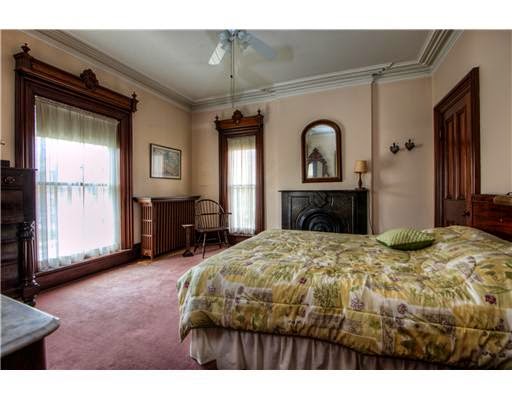 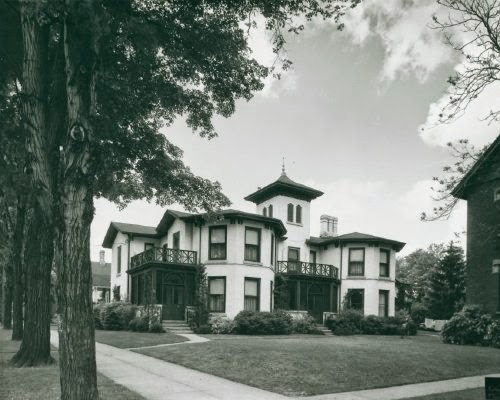 This home was originally owned by Charles Raymond of the Raymond Sewing Machine Company, who built it for his daughter, Emma, and her husband, John Crowe.
In 1862, Charles Raymond with his wife, Mary, and daughters Emma and Ada, came to Guelph from New England and began manufacturing sewing machines in the Yarmouth Street area. He was a philanthropist and major contributor to the early development of Guelph. Active in municipal affairs, he was the first deputy reeve of Guelph in 1874-1875. He was also one of the first directors of the Guelph General Hospital. In August 1863, Charles Raymond procured his first piece of land on Norfolk Street and in February 1868, acquired the rest of the property from the present house to the corner of Norfolk and Yarmouth.
During that time, the Raymonds lived in a house on the property and in 1867 began construction on the new house (shown in the photograph) which was to be the home of their daughter, Emma, and her husband, John Crowe. It consisted of 2 storeys with 6 rooms. This is the house into which the Raymonds later moved when their daughter, Emma, and her husband and their growing family built a new home on Woolwich Street in 1877.
The Raymonds then began to expand and alter the house. They added a wing, formed the existing bays, built the centre cupola and verandahs and back apartment, which was used as servants' quarters. The interior of the house was entirely trimmed with black walnut, milled locally by the Robert Stewart Lumber Company and crafted by local artisans. Intricate mouldings gave grace to the ceilings, and elaborate gas fixtures provided the lighting.
The house at that time was heated by fireplaces which are in 8 of the 12 rooms. In 1878, the original house was removed from the property.
On Sept. 17, 1879, when the Marquis of Lorne, the Governor General of Canada and his wife, her Royal Highness the Princess Louise (Queen Victoria's daughter) visited Guelph for the opening of Guelph's Central Exhibition, they were entertained in the Raymond Home. In appreciation, they presented the Raymonds with portraits of Queen Victoria and Prince Albert, which still hang in their original location.
The house was subsequently named "Lornewood". John Crowe initially worked for the Raymond Sewing Machine Company. In 1868, he started Crowe's Iron Works, at the corner of Commercial and Norfolk Streets, which developed into a thriving business. In 1892, Emma Crowe died, and in 1893 Mr. Crowe married Emma's widowed sister, Ada Raymond Miner, who already had one child. They had another child together. In 1896, Charles Raymond sold the Raymond Sewing Machine Company, which then became the Raymond Manufacturing Company.
He lived in his home until his death in 1904, and his second wife, Helen, stayed there until she sold the house in 1920 to Mr. and Mrs. Thomas Griffin, which they shared with their daughter, Gertrude, and her husband, Sydney Underwood. Mr. Griffin at one time worked for John Crowe, but in 1877 bought Harley's Foundry on Huskisson Street (now lower Wyndham), which became the Griffin Foundry; he was then in competition with Crowe's Iron Works.
In 1920, Mr. Underwood bought the Griffin Foundry from Mrs. Griffin after her husband's death. In 1926, alterations were again made to the exterior of the house. Between 1929 and 1933, Olive Freeman, the future Mrs. Diefenbaker, lived in an apartment in Mrs. Griffin's portion of the house. In 1944, when Mrs. Griffin died, ownership of the house was transferred to her daughter, Mrs. Underwood. In 1947, Mr. Underwood died and in 1955 Mrs. Underwood sold the house to Mr. and Mrs. Robert Crowe, the present occupants, and great nephew of John Crowe.
He and his brother, Don, bought the Griffin Foundry in 1947. Each of the owners has been involved in the foundry industry. Built for a Crowe, it has made full circle back to a Crowe. After being added to, divided and redivided over the years, it has now been restored with many of the original period furnishings.
Source: http://www.pro.rcip-chin.gc.ca/bd-dl/artefacts-eng.jsp?emu=en.artefacts:/Proxac/ws/human/user/www/Record;jsessionid=rkn2xf3b21&upp=0&m=507&w=NATIVE('INSNAME%20EQ%20''GUELPH%20MUSEUMS''')