Agnieszka and David live in an Edwardian style home with their two kitties Ellie and Bobbie and their puppy Milo. 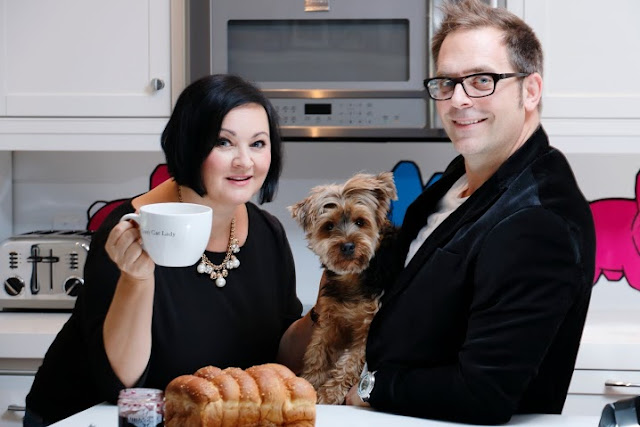 They moved from a cookie cutter house in Mississauga to their century home in Hamilton, which required extensive renovation, a true “blank slate”. Previously their design aesthetic was very modern and minimalist, but owning an older home, they wanted to restore it to its former glory. They added ceiling medallions, a reclaimed wood dining table was purchased as a tribute to Hamilton’s industrial history, and they exposed a brick wall in the dining room to up the character quota. 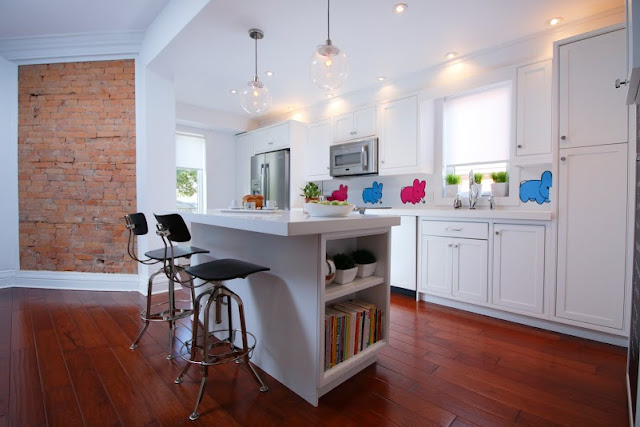 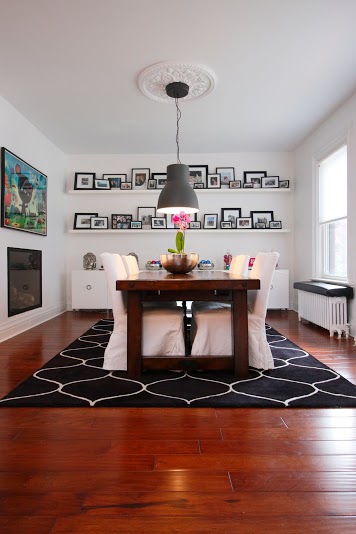 Design is Agnieszka’s passion. She is an admitted eclectic (check out their kitchen backslash, "Smorkin'Labbits" by Frank Kozik whatisblik.com ) and loves decorating with colour and patterns. She follows many design blogs (her favourites are theSocialiteFamily and Desiretoinspire) and design magazines, especially those UK based such as LivingEtc . These sources of inspiration fuel her many ideas, but she always asks David for his input. And as their style aesthetics are very similar, they rarely disagree on the final project. The two describe their style as modern eclectic, quirky and fun. 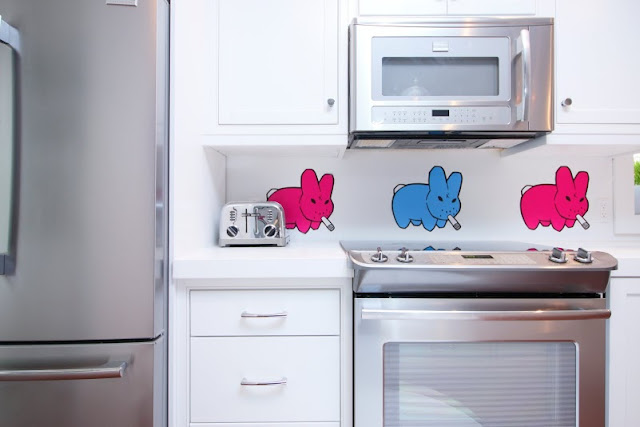 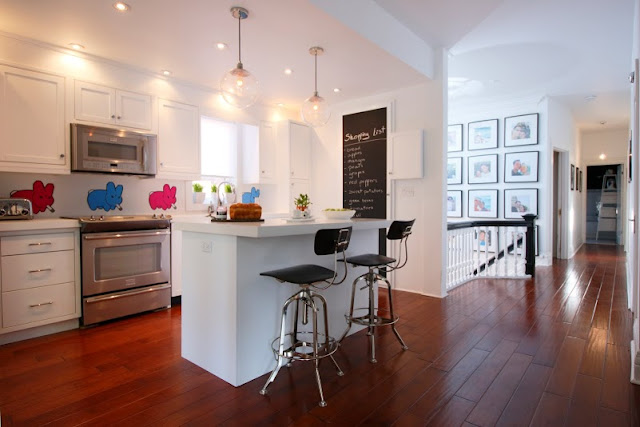 If they had to choose a favourite room in your house they’d hands down select their sumptuous all black painted Master Bedroom (including the ceiling and all the trims). In Agnieszka’s words, “It has a great vibe, it’s very restful.” The two enjoy spending lazy weekend mornings watching Netflix and chilling with their two kittens and their puppy on the bed. The retreat also features Agnieszka’s prized pair of limited prints by Junko Mizuno. Both she and David love art and those prints were the first pieces of art purchased for their Hamilton home. 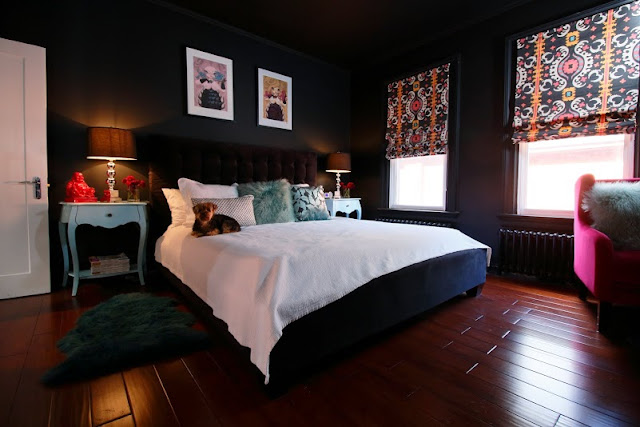 Also painted black, the couple took bold moves with this colour in their front entrance.  This project was a labour of love and took six months to complete. They removed carpet from the stairs and painted the original wood banister black and white, removed floor tiles and replaced with black and white marble, replaced the ceiling and added character finishes from a large ceiling medallion to crown moulding. And the walls, which were covered in 1970s style wallpaper, are now painted black with hand stencilled silver stars. 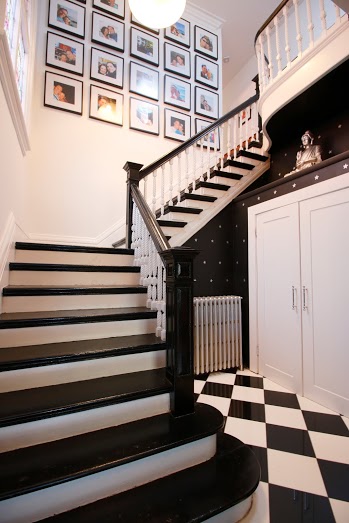 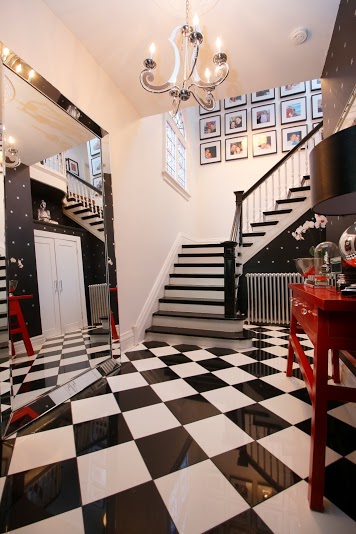 Agnieszka and David definitely agree that Hamiltonians have style.  This was one of the factors which motivated their move from Mississauga. They've seen a lot of really great homes listed for sale, especially older ones downtown, uniquely designed and decorated.If money was no object, David's next project would be to turn the garage into an outdoor living space with a Nano door and a pool. Agnieszka’s would be to acquire another fixer upper and start the renovations all over again! 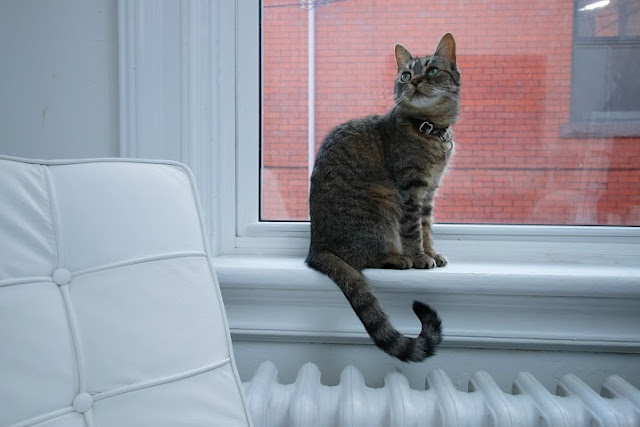 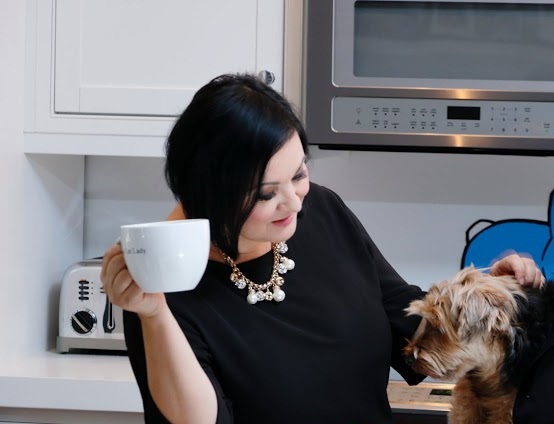 "Home accessories:  throw pillows, blankets, boxes and potted flowers, especially orchids. As I like to change my design frequently, I think they are a great way to transform the look and feel of a room easily and fairly inexpensively." 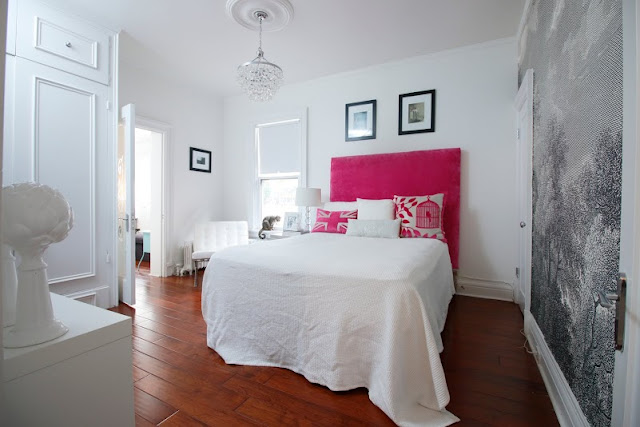 Posted by FreshBrick at 9:01 PM