Stefanie and Jason live in a circa 1933 stone home with their beautiful daughter Sofie. 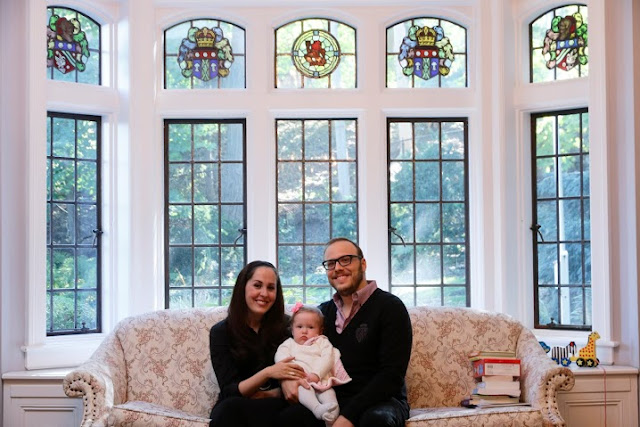 The irony of their century address is that Jason swore when he was a teenager that he would never own an old house. He was adamant that a contemporary, even minimalist style was the way to go. 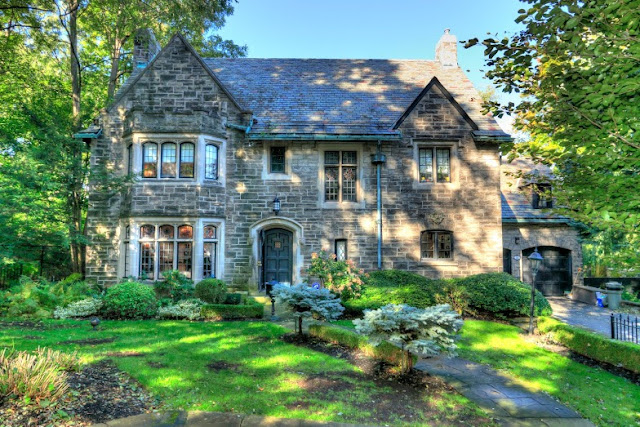 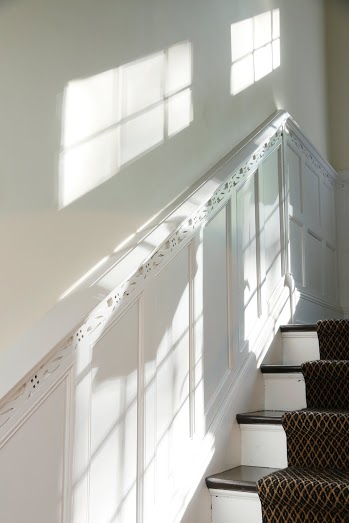 Now on the opposite end of the spectrum they plant their passion into every square inch of their gorgeous home. This includes a recent master ensuite renovation where slab marble was installed by an artisan from Europe, and a greenhouse conservatory repair completed using custom fabricated metal and re-purposed orange peel glass to match the original curvature. 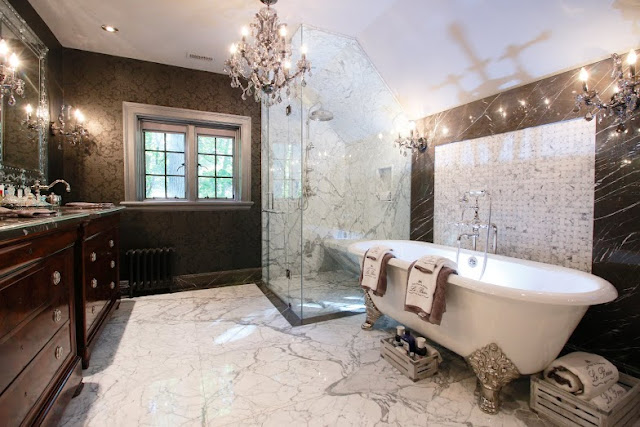 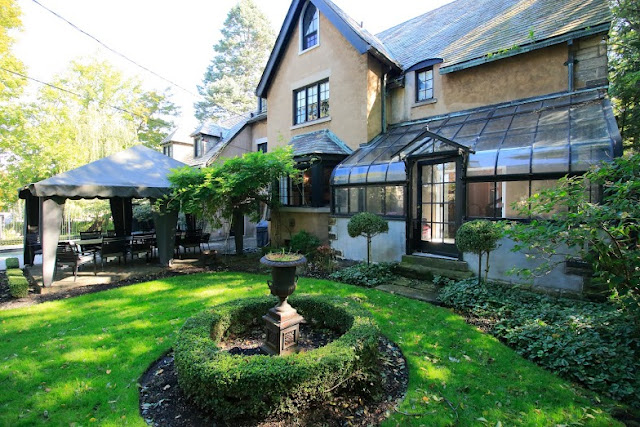 When it comes to design, the shots in the household are mutual. Both Jason and Stefanie feel strongly that any major design decision must be loved by both. They have developed a synergy with most design decisions, but when they disagree, they wait. Neither would be happy knowing the other is not fond of a design choice in their home. 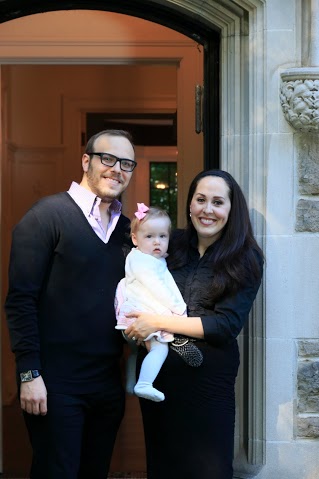 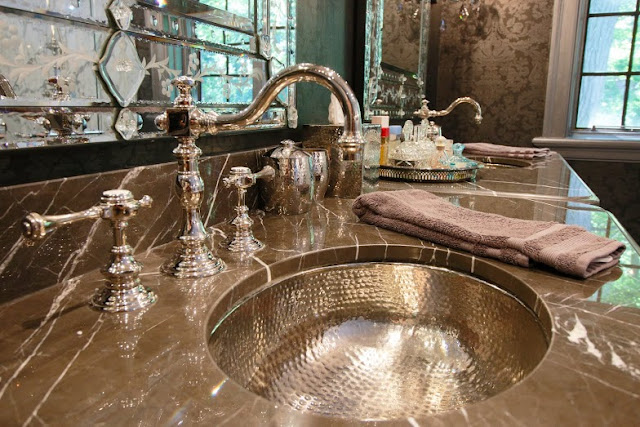 Jason’s mother, an interior designer for over 30 years, is a major design inspiration for the couple. Both of his parents spent a great deal of time and energy in designing their home, which features an impressive collection of antiques. 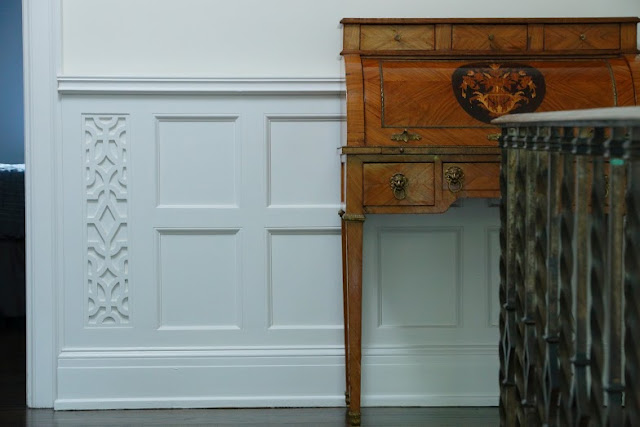 For Stefanie and Jason, a home is not something to be furnished in one shopping spree (they have only been in their home for three years). They find this especially true when you make the decision to furnish with antiques.It is a slow and discerning process. While they admit the bulk of their home is not fully furnished, they are pleased Hamilton antique shoppes offer an impressive selection at reasonable prices. Some finds include a Gothic red velvet bench in their foyer, originally thought to have been custom built for the original home at the top of Bay Street South (Highfield) and original Louis Philippe vanities in the master en-suite from the 1860s. 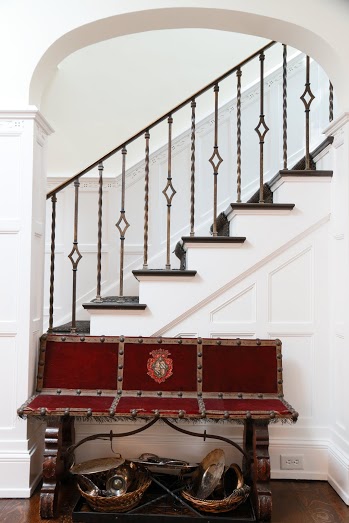 Their favourite room in their home is the living room. In fact, it was the primary reason they purchased the house. 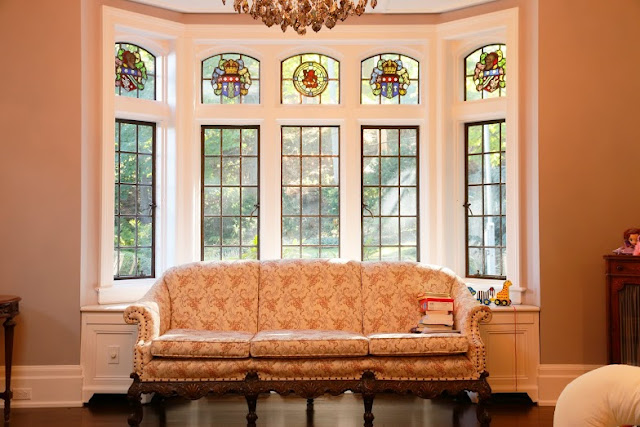 The ornate plaster ceiling is overwhelmingly beautiful, and a product of a bygone era. 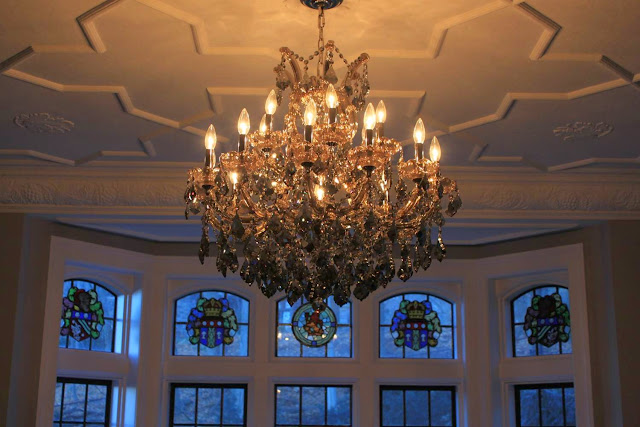 The plaster is complemented by intricate millwork, a floor to ceiling carved fireplace mantle, built-in bookshelves, and French doors to the original functioning greenhouse conservatory. 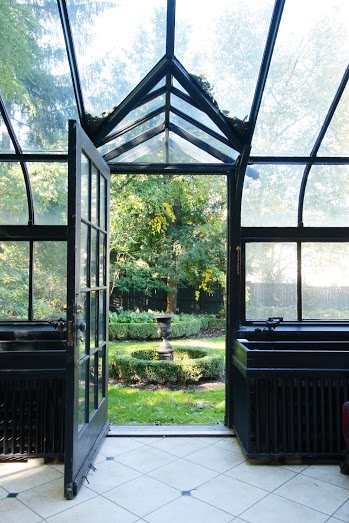 Not only are Jason and Stefanie smitten by their home, but they are in love with the city they live in. They expressively cite Hamilton as a hidden gem, especially when it comes to century homes and stunning architecture. Unlike many larger cities, Hamilton’s pockets of century homes remain relatively intact with few infill properties. 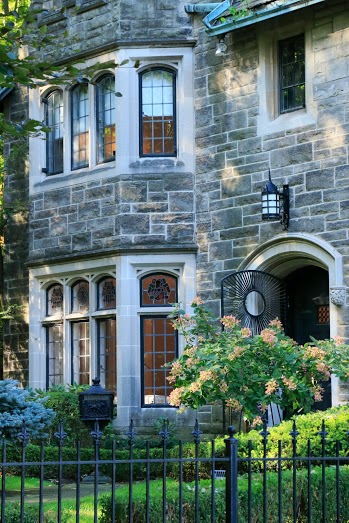 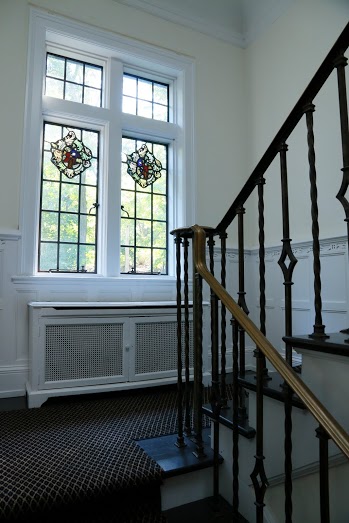 As a property enhancer (www.addisonestates.com), Jason has had the pleasure of being inside several amazing houses. More recently, he viewed a house on Aberdeen with a fantastic living room just under 800 square feet itself!  Admired features included chevron laid oak flooring, exposed beams, leaded glass, and a stone and wood fireplace mantle. 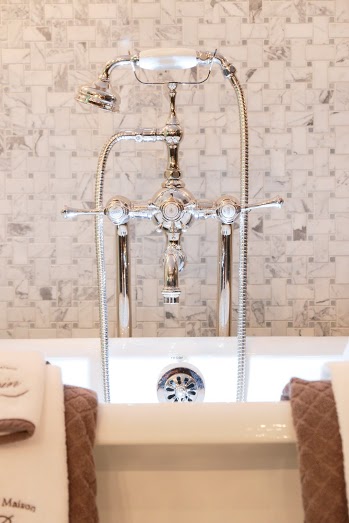 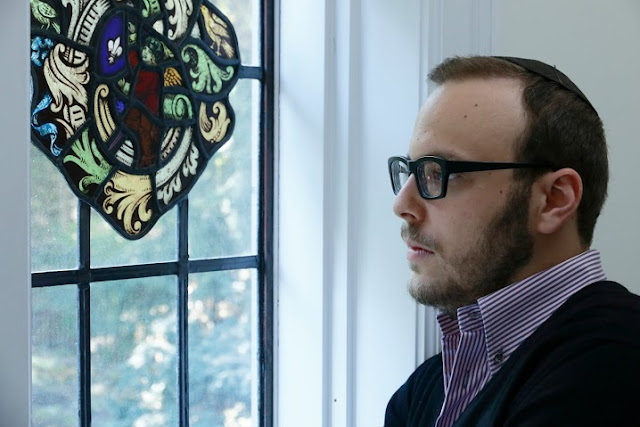 Wallpaper. Love it or hate it?
"Love it. Wallpaper seems to be a dying art. Several rooms in our home feature wallpaper, including our daughter’s nursery, our ensuite and our dining room. There are some looks that paint simply cannot accomplish." 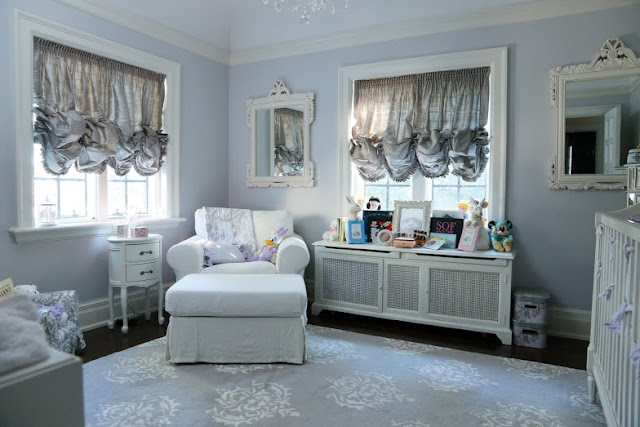 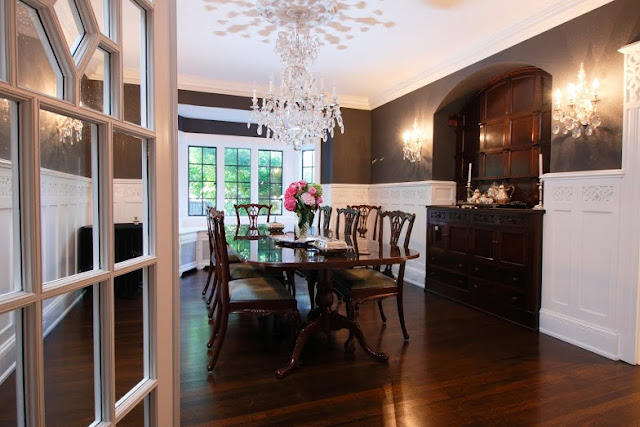 The stone and slate home was commissioned in July 1933 for George R. Allan. It was designed by famed architect William Souter and built by Piggott Construction. 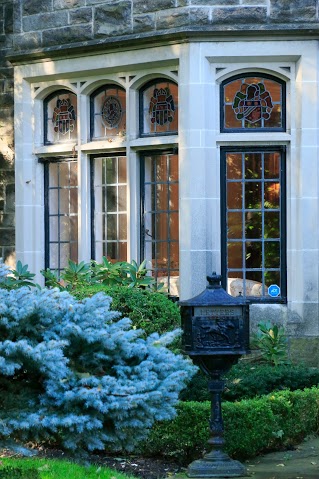 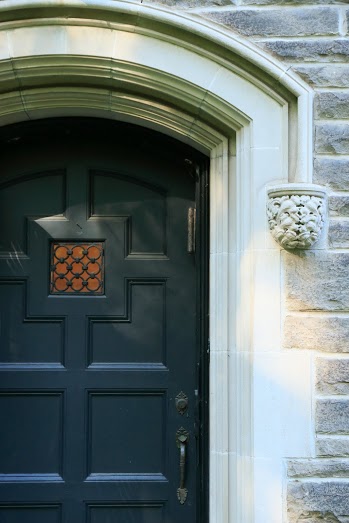 Posted by FreshBrick at 8:04 PM