Sorry for the lack of activity here lately - its been a slow start to spring and there's not a lot out there in the Hamilton and surrounding area that "floats my brick".

Thought this would be a good opportunity to share a fun site with you - HistoricProperties.com
﻿
﻿
﻿﻿
Here you can find all kinds of historic properties for sale - and only historic properties for sale. You can filter by price, by condition (move-in ready), and by architectural style (Queen Anne, Victorian, etc). Great place to day dream. Actually...not too far from reality as there are some great properties here for under 100,000. Guess the US is still in a recession!

Here are my FRESH BRICK picks on the site grouped by price range: 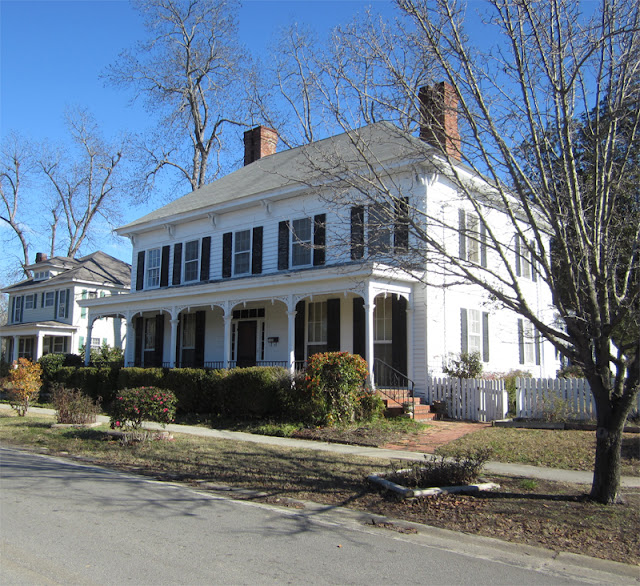 William Smith Ingham House c. 1837, Medidian, New York
1837 Vernacular Greek Revival mansion in Meridian, New York built by entrepreneur, businessman and abolitionist William Smith Ingham. The home is listed on the National Register of Historic Places and the New York State Register. In the 1920s, it became Meridian Hospital under the direction of Dr. Herbert Gifford. After that, it was known for a time as The White Inn. Dawson, Georgia﻿
This Greek Revival with southern charm is located in Georgia's deep south. It sits on a double lot in Dawson's historic district. 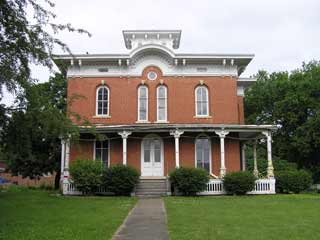 $300,000-$500,000
Thornley House, Smyrna, Delaware
A Colonial Revival home located in Smyrna's historical district, was built in 1920 and has been continuously resided in by descendants of the original owner. An appraiser commented, "This is one of the best built and solid structures seen by this appraiser in the area. It was obviously the premier
house built in this small town."

The Julia Hagood Home c. 1880, Waynesboro, Georgia
Rare all brick grand Victorian mansion. This exquisite house with much that resembles a castle inside is the masterpiece of Charles E. Choate, a noted Georgian architect of the 19th century. The home was built for Major William Archibald Wilkins, the first mayor of Waynesboro, a historic Southern town located an easy drive from Augusta and Statesboro, Georgia. The house was used to entertain President William Howard Taft while visiting in the area in 1910. 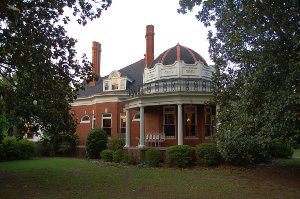 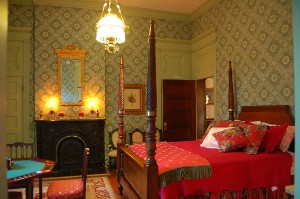 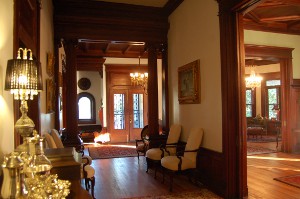 Russell, Pennsylvania
Built by the renowned lumberman Guy C. Irvine in 1835, The Locusts is on the National Register of Historic Places. Georgian red brick and two-story style with strikingly unusual large bridged chimneys on each of its sides.  Interior crown moldings, baseboards and wide windows in a Greek Revival style. Warren County's premier property. 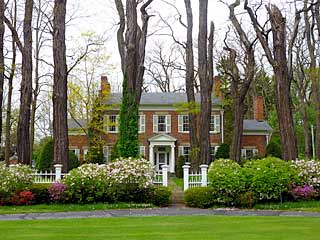 LaVue, circa 1818 on 60 Acres, Fredericksburg, Virginia
Surviving the test of time, LaVue, sitting proudly on perhaps the highest point in Spotsylvania County, remains almost as she was when she was built in 1818. The original "L" shaped Flemish bond and coursed masonry residence, consisted of 9 rooms with a center hall on three levels. An 1834 addition to the structure added three additional living areas to the current 5000 square foot residence. Hand stenciling, still intact, found in the main entry, formal living and dining rooms, and upper level hall, is believed to have been completed at the same time.

The Barracks (William S. Battle House), Tarboro, North Carolina
The Barracks is without question one of the state’s premiere antebellum plantation houses. Its design, size and family association place this house on a level not typically associated with North Carolina, and make it much more comparable to the great plantation houses of Virginia, Charleston and the Deep South. Its scale, exceptional detailing throughout, the large front portico with its huge Corinthian columns and its interior central rotunda place this house in a unique category unto itself. 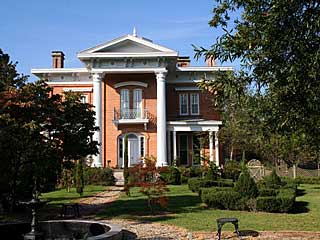 Circa 1884, Lexington, Virginia
The owners, along with historic restoration craftsman, Peter Sils, have given this gorgeous Victorian (circa 1884) new life. High ceilings, huge windows, beautiful built-ins, new and old. 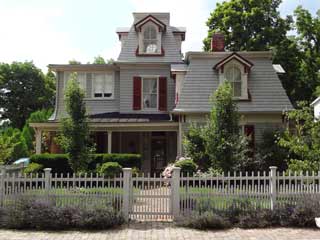 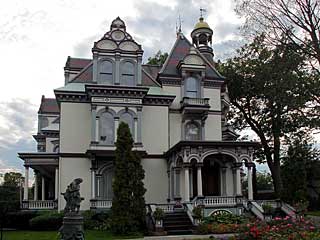 Posted by FreshBrick at 6:55 AM