1 SPRINGHILL FLAMBOROUGH, ONTARIO, CIRCA 1830
This rare 15.45 acre property is home to one of the most magnificent 8000 sf. Georgian Gothic Manor's around. Springhill was built for Dr. James Hamilton on a mountaintop west of Spencer Creek ravine. Dr. Hamilton served in the militia at the time of the Upper Canada Rebellion. 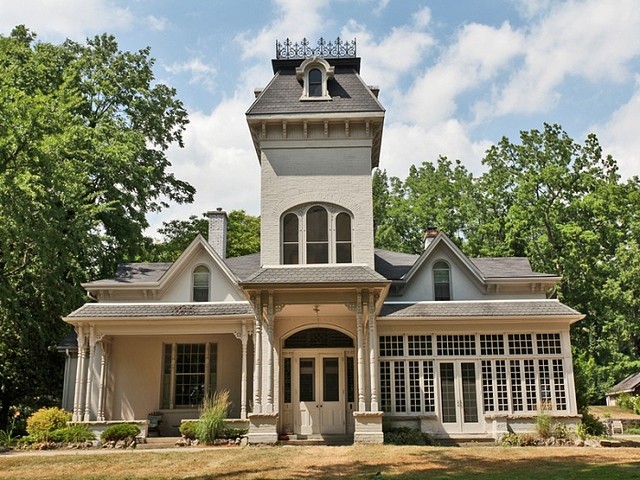 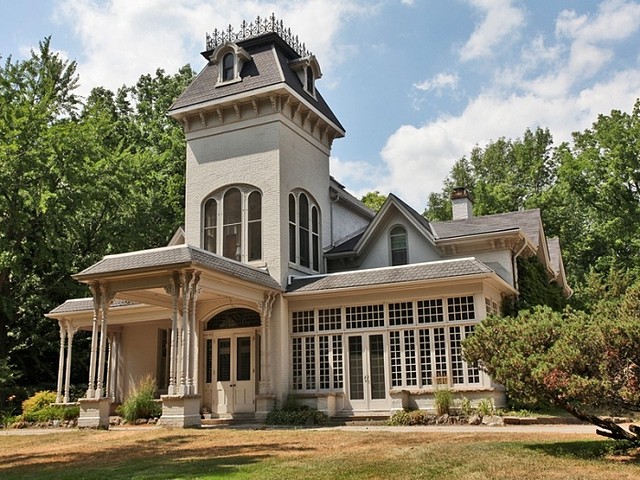 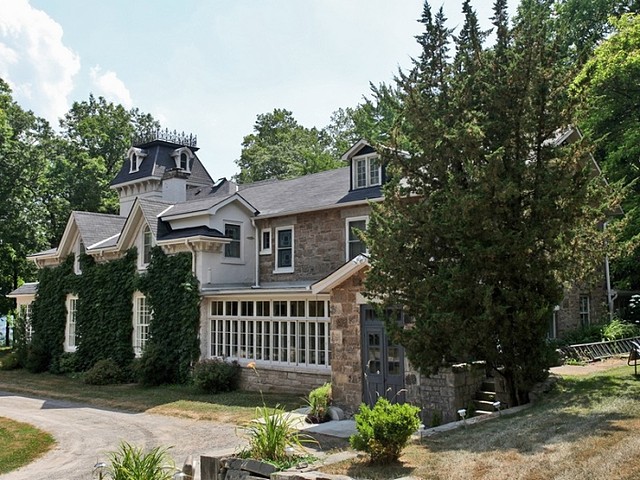 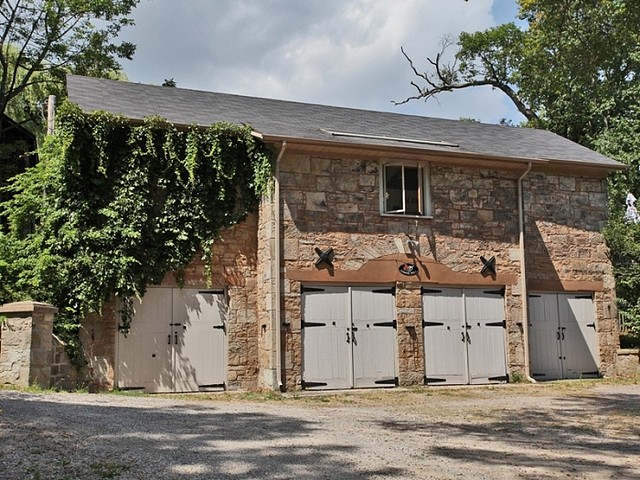 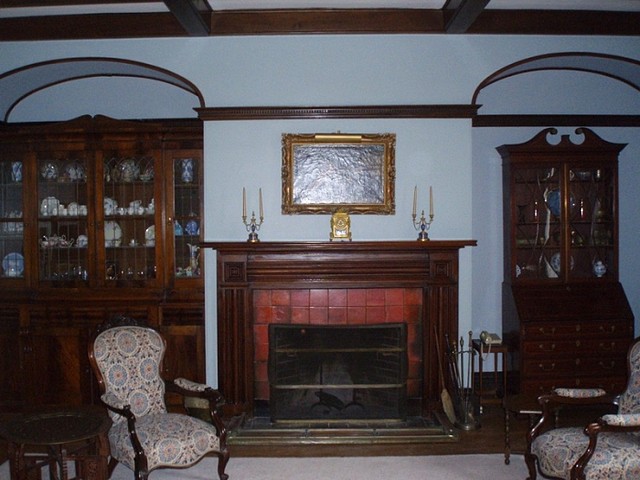 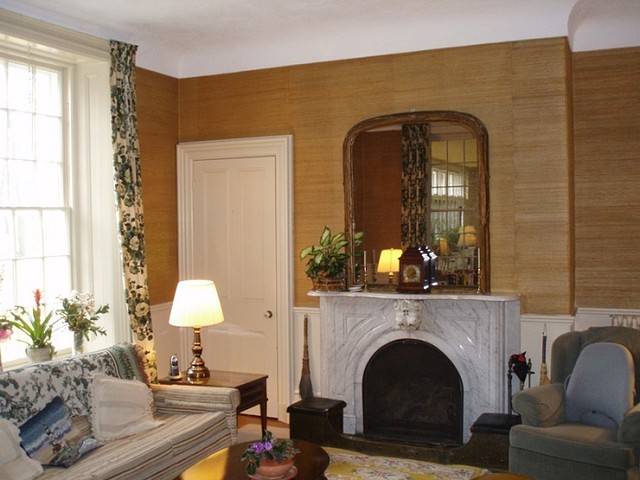 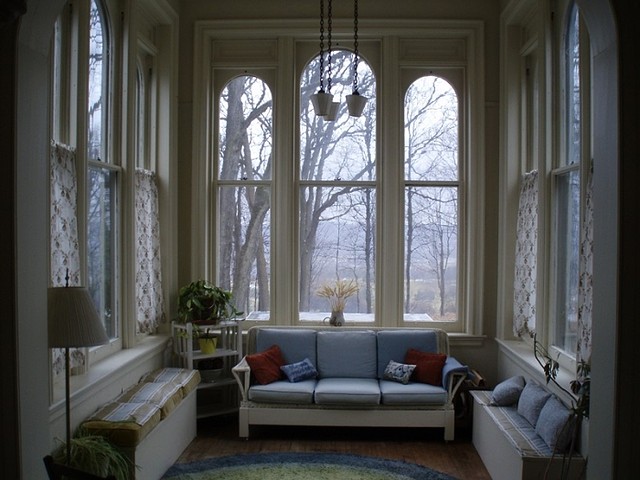 FRESH FEATURES:
To say this is the home of my dreams would be an understatement. My jaw dropped when I first came across this FRESH piece of BRICK a few years ago. It was listed for nearly $4.0MM then and it is now back on the market for $2.689MM. Time to buy some lotto max tickets!

CHECK OUT MORE PICTURES BELOW AND VIEW THE FULL LISTING HERE.

Since 1840, the road that climbs from the Dundas Valley to the Niagara Escarpment above has curved past the genteel gates of Springhill.

In all of those years, few passersby have had more than a glimpse beyond the stone walls of the storied estate in Flamborough, Ont. 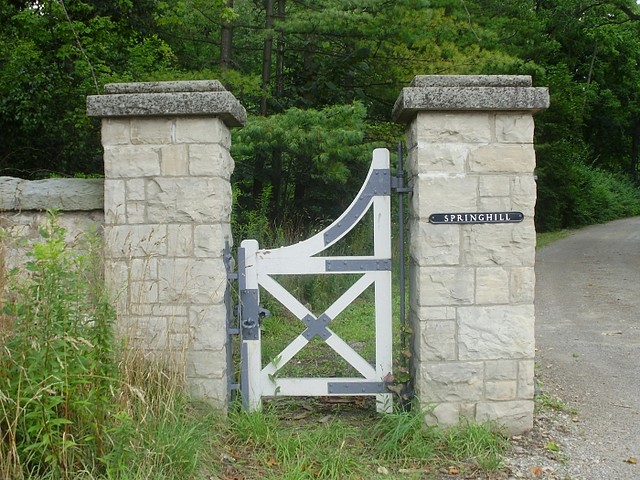 The family that has lived at Springhill for the past 70 years has always maintained a veil of privacy around the house that dates to circa 1830. Even the home's tower has remained partly obscured by the surrounding 200-year-old trees.


So the neighbours may be surprised to learn that - had they ventured down the lengthy drive - they might have glimpsed international film star Jacqueline Bisset strolling across the lawns. Hollywood actors such as Shirley MacLaine, Geena Davis and Christian Slater have all filmed scenes on the grounds of Springhill. Film and television production companies love to use the house and outbuildings because so little change has taken place in the past 100 years or so.

Fred Simpson has been very deliberate in his restraint on progress since he took over as the owner and guiding spirit of Springhill in 1963. The former banker first arrived as a boy after his mother bought the house at auction in 1938. His family is only the third to reside there, and Mr. Simpson remains mindful of that legacy.

The Simpson clan has always preferred family gatherings to grand parties and they cherished the seclusion afforded by the stone walls, tall trees and the property's perch on the mountaintop above Dundas, Ont.

The property has shrunk considerably over the years: 140 acres have been whittled down to 15 today. But those acres still include a fruit orchard, perennial gardens and majestic stands of maples and oak trees.

The original barn, circa 1830, still stands. In the main house, fine woodwork, pedestal sinks and stained glass windows imported from England have all been preserved. Fresh air comes from the breeze blowing across the top of the Niagara Escarpment.

"You don't have air conditioning in a 150-year-old house," Mr. Simpson says. "You sort of have to learn the old style."

The house was originally built as a 1-1/2-storey cottage by James Hamilton and Ann Hatt. Dr. Hamilton, who was born in Scotland in 1797, immigrated to the area and delivered most of the babies in Dundas for many years. The house was set on the mountaintop just west of Spencer Creek ravine.
Inspired by the many springs that flowed from the mountain's face, Dr. Hamilton named the house Springhill, according to the Dundas Historical Society Museum.

The illustrious Dr. Hamilton also served in the militia at the time of the Upper Canada Rebellion and, in one of his more notorious ventures, was convicted for the tarring and feathering of a local man whom the doctor and his cohorts accused of adultery.

After Dr. Hamilton's death, Springhill was sold to John and Catherine Fisher in the 1870s. Mr. Fisher, the prosperous owner of a local paper mill and other holdings, began to revamp the house in about 1880 by building a stone addition at the rear.

A few years later, the Fishers had a 3-1/2-storey tower constructed in the Romanesque Revival style. The tower's mansard style roof is crowned with iron railings.

In 1938, the Fisher family put the house up for sale. The catalogue of auctioneers Ward Price Ltd. describes the house as a pioneer homestead "brought up to the luxury of the present day living standards of the country gentleman. …

"One may gaze from the lawns of Springhill over the beautiful Dundas Valley and, on a clear day, see ships passing through the cantilever span at Burlington Beach," the auction house said.
Mr. Simpson's mother triumphed at the auction and soon took her father for a drive to see the property. "He told her she was crazy," Mr. Simpson relates.

Despite the patriarch's reservations about the Depression-era economy, the Simpson family moved there in 1938.

"She knew what she was doing," says Mr. Simpson, who brought his own wife and three daughters back to the house in 1963.

As a boy, Mr. Simpson remembers roaming pastures, streams and trails that zigzagged down the escarpment.

Four gardeners were employed at the time to work on the grounds and in a greenhouse on the property. About 50 acres were dedicated to farming, Mr. Simpson says, and his mother kept horses, cattle and a milking herd of eight Guernsey cows.

The property stretched right to the tiered waterfalls that are today part of the Spencer Gorge and Webster's Falls Conservation Area.

"I can remember swimming in the pool at the bottom of Webster's Falls," Mr. Simpson says.
Eventually much of the property was appropriated by the government for parkland. Mr. Simpson's parents also divided off some parcels for his three siblings.

With so many family members close by, Mr. Simpson's three daughters grew up surrounded by cousins.

And Mr. Simpson says he has taken on the roles of chauffeur, gardener, handyman and stable boy for the past four decades.

He describes the previous owners, Dr. Hamilton and Mr. Fisher, as fanatics for maintaining the trees. When his daughter reminds him that he has been no less vigilant in trimming and tending, he allows that, "I guess I'm a bit of a tree buff."

The property includes a stone guest house, a refurbished carriage house and the original barn.
These days, Flamborough is home to many hobby farmers and commuters in the Golden Horseshoe.
Mr. Simpson has found the house popular with film directors in recent years.

Anne of Green Gables: A New Beginning was filmed there by Sullivan Entertainment.
Mr. Simpson walked into the den one day to find Ms. MacLaine eating pizza.

"We got to know her pretty well," he says.

Ms. Davis filmed The Long Kiss Goodnight at Springhill. And the producers of Murdoch Mysteries often use the house as a backdrop.

Mr. Simpson says he enjoys the movie shoots and has never moved out of the house to accommodate them. The production companies make some changes, but little has to be done because the woodwork is unpainted and the fixtures are appropriate to the period.

The cash, he says, allows him to invest in keeping the landmark and its aged plaster, stone and wood in top form. The grounds are manicured and nothing is allowed to deteriorate.

"Everybody thinks you make lots of money, but 90 per cent I put back in."