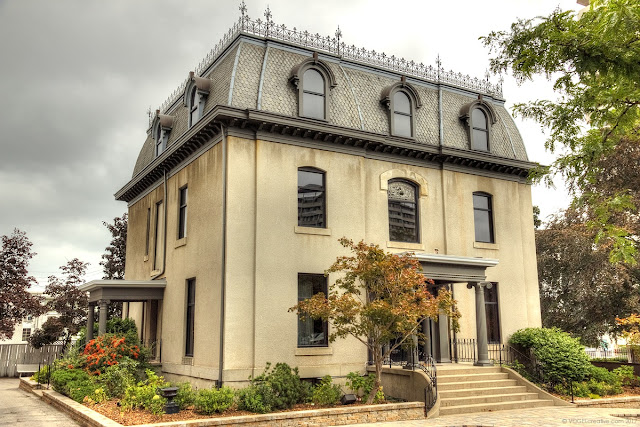 This character commercial property was for lease in September 2013 but I accidentally deleted my post. The horror (!) when I found out I couldn't recover my butter finger mistake. Thank goodness Tom Vogel (www.vogel-creative.com) came to the rescue and re-posted his amazing photos.

Unfortunately the make-good post won't be as insightful as the original (think I had some stuff on Mansard roofs and the history of this beauty) but I promise it will be equally drool-worthy.

FreshBrick fan Joe found my old post in Google's cache so I have updated the below with the original Sep 19, 2013 details. 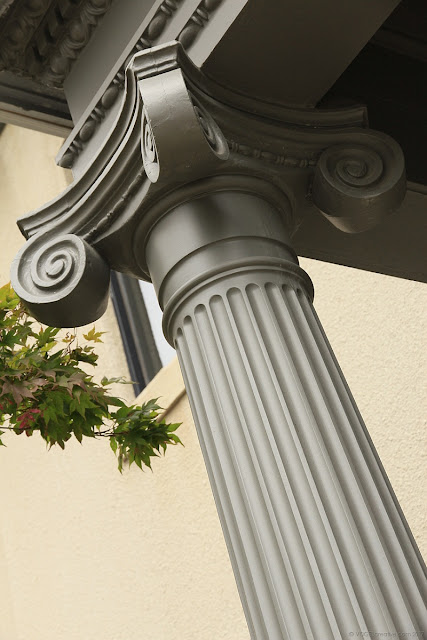 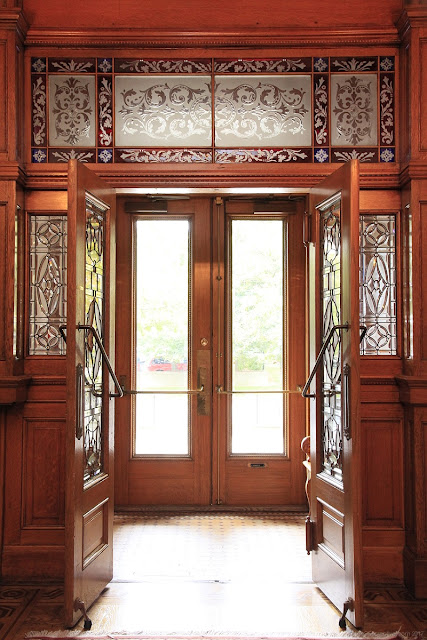 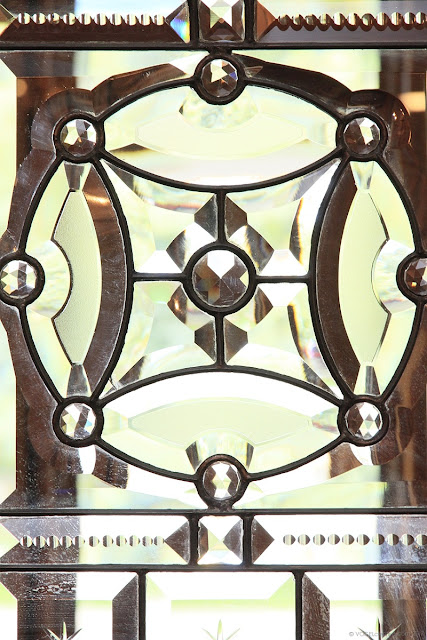 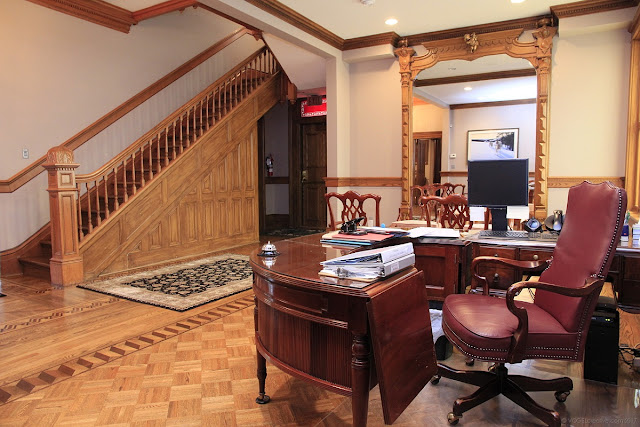 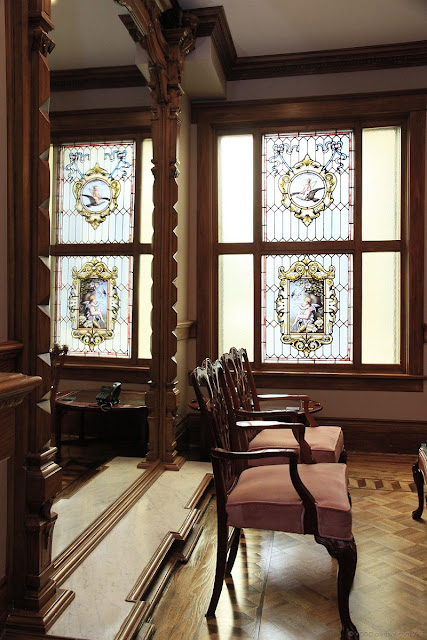 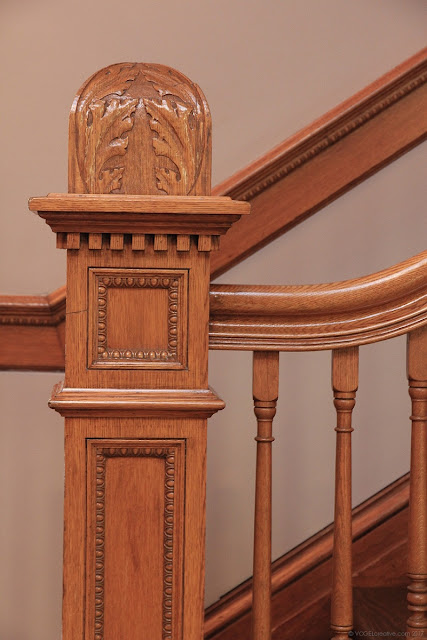 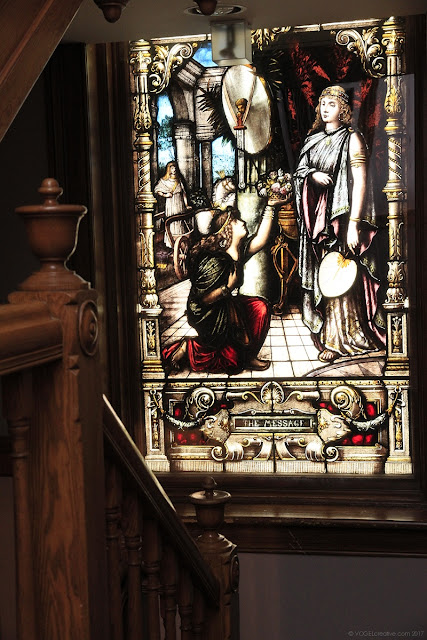 Exceptional space in an extraordinary building! Office space for lease in a circa 1858 stone heritage building in the downtown core directly across from the CHCH TV building (now Brad Lamb's Television City condo development).

This former mansion has been meticulously restored and renovated to accommodate discerning professionals who are interested in building their practice in synergy with others in a dynamic environment. Private offices up to 1000 s/f are available with access to truly remarkable shared amenities including a boardroom, meeting space, fully equipped kitchen(s) and parking lot.


The residence was named Fonthill, originally built for John Bickle. Across the street (CHCH TV building) was his father Tristan's house, Pinehurst. The Bickles were in the pharmacy business.

Pinehurst was located across the street from the former Wesanford Mansion, home of Senator William Sanford, which once occupied most of the block bounded by Caroline, Jackson, Hunter and Bay streets and was described by The Hamilton Spectator as "one of the most magnificent and luxurious homes in the Dominion."

The house featured an elevator , a billiard room and many Victorian treasures brought back by the Sanfords in their world travels.

Few men were richer or higher up the social ladder than William Eli Sanford.Sanford's was a life of affluence and influence.

His W. E. Sanford Manufacturing Company on the southeast corner of King and John streets was Hamilton's largest employer in the 1880s and the largest clothing manufacturer in Canada, with plants across the country.

His home was a centre of society for upper class Hamilton in the late 1800s and it seldom shone more brightly than on the evening of June 8, 1892, when Sanford and his wife, Harriet, hosted a party for 1,000 people to welcome their son home from his European honeymoon.

The Spectator recorded how horse-drawn carriages clogged the area streets, dropping off guests clad in Victorian finery at the mansion's portico-covered side entrance on Caroline Street, about where the cul-de-sac Wesanford Place is now located.

Decked out in her diamonds and wearing a grey silk dress with embroidered chiffon train, Mrs. Sanford greeted guests in the oak and walnut front foyer that was dominated by two bronze statues of Nubians in portals on either side and, in a recess at the back, a statue of Atlas holding a globe with a clock in the middle.

While refreshments were served in the billiard room, food was laid out on the 33-foot table in the cavernous oak and mahogany-lined dining room, and overseen by a large complement of liveried waiters and staff.

Outside, an orchestra played on the lawn while fairy lights twinkled in the shrubbery and all the electric and gas lights blazed through the many windows of the north-facing mansion, which was filled with the fragrance of countless bouquets of fresh flowers.

Residents from other neighbourhoods packed the streets around the estate with their faces pressed to the high wrought iron fence that enclosed the grounds to listen to the music and watch Hamilton high society at play.

"It was a scene of kaleidoscopic beauty and animation which will not soon pass from the memories of those who witnessed it," said The Spectator.

The Sanford name lives on in Hamilton with Sanford Avenue and Wesanford Place. Some of the railings on the homes of Wesanford Place were salvaged from the mansion and, with the retaining wall that runs along Jackson Street West, are all that remain of the estate (see below).
Mrs. Sanford stayed at Wesanford until her death in 1938. The castle was then sold and demolished to make way for Wesanford Court.